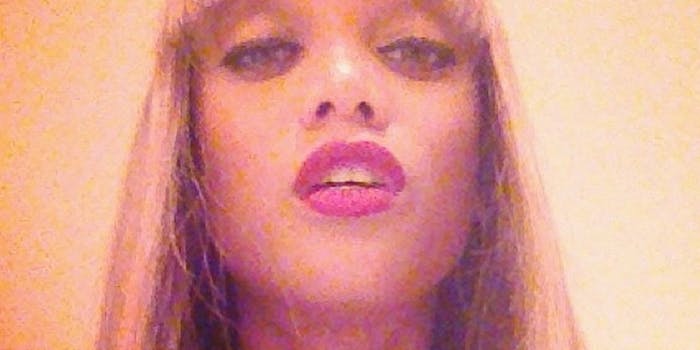 Failed talk show host Tyra Banks is at least successful at one thing (well, other than being an international supermodel): she’s really good at the Internet.

The discovery was unearthed by a poll in science publication Modelinia that ranked 10 supermodels’ dominance on social media. Banks, 39, clawed her way to the top, beating out Kate Upton and Miranda Kerr as the most-followed beauty on Instagram, Facebook, and Twitter.

Banks has more than 11.3 Facebook fans and Twitter followers. A bulk of those come from her 8.4 million strong Twitter account that doubles as a food diary. She’s also tops on Instagram with 1.3 million followers, while Miranda Kerr takes a close second place at 1.1 million followers.

Not placing in any category? Naomi Campbell. Modelinia extended an olive branch, giving her an “honorable mention” for her 770,000 followers on Facebook and Twitter (which we’re sure did not anger her at all).

Maybe these numbers will bolster the chances that the beleaguered United States Postal Service is replaced by Tyra Mail.