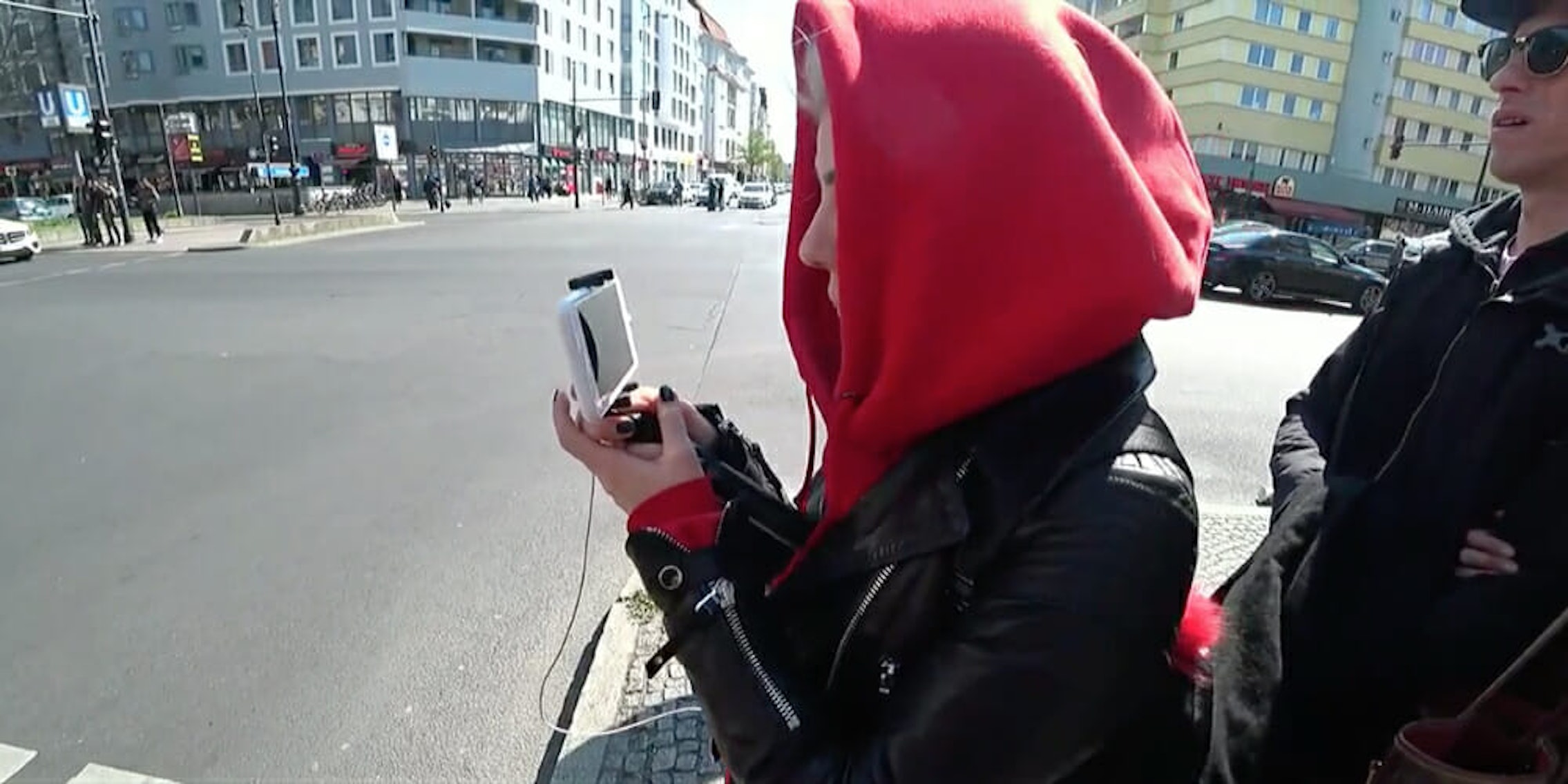 A Twitch streamer captured the moment his friend nearly got pickpocketed

'They're really ballsy and a bit stupid.'

Popular Twitch streamer KitsyaKitsya almost became the victim of a pickpocketer while in in Berlin for TwitchCon Europe 2019. The scary moment was streamed in real time, Dexerto reports.

Geksagen was live streaming on April 15 when he unknowingly caught the moment a man opened KitsyaKitsya’s backpack and reached inside to steal from her.

The two Twitch streamers, who often stream IRL or “in real life,” were waiting to safely walk across the street when the whole thing went down. As soon as the man reached inside KitsyaKitsya’s backpack, the streamers began walking across the street to avoid having anything stolen.

The incident appeared on the r/LivestreamFail subreddit. One Redditor, BoooR, had some insightful commentary regarding pickpocketing and the video.

BoooR pointed out three possible “accomplices” in the video and noted that it’s common for pickpockets to work in small groups.

“While trying to steal your stuff they will usually have an accomplice side by side,” BoooR wrote. “They will have handed [off] what they stole to the accomplice who will have hidden it in her bag.”

The Reddit user posted stills from the videos to point out the alleged pickpocket and accomplices. The user also detailed several different techniques the pickpockets could have used to carry out their crime.

“You can tell that these guys are experienced and do this on the daily. They’re really ballsy though and a bit stupid for trying to pickpocket people [who] are literally filming themselves,” BoooR wrote.

The Daily Dot has reached out to Geksagen and BoooR for comment.