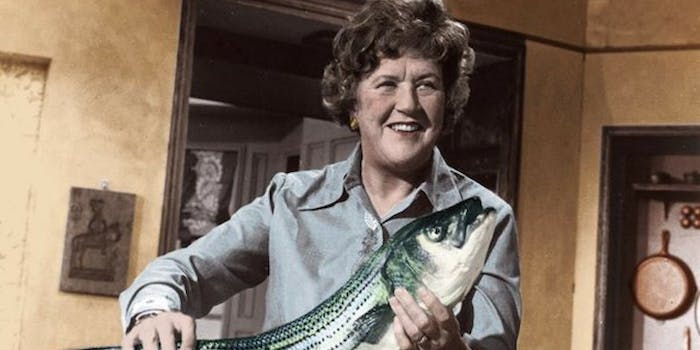 Get ready for a crash course.

Twitch—the video streaming service most famous for airing live feeds of people playing games like Counter-Strike and League of Legends—is branching out into the world of food with a cooking channel. To celebrate, it’s playing every single episode of Julia Child‘s The French Chef in one serving.

The company pulled a similar stunt back in November when it aired nine straight days of Bob Ross’s The Joy of Painting to launch Twitch Creative (the vertical where Twitch Food now lives), but a cooking show is decidedly different from the service’s typical lineup.

According to the New York Times, the departure is strategic: “It is part of a budding effort by Twitch, acquired by Amazon in 2014 for nearly $1 billion, to cultivate viewers interested in all forms of creativity, whether sewing, sculpture or cooking, not just those who want to watch virtual orcs getting slain.”

The French Chef aired for a decade starting in 1963, clocking in at 201 episodes, all of which will make it to air before Friday, March 18.

You can watch the stream here.