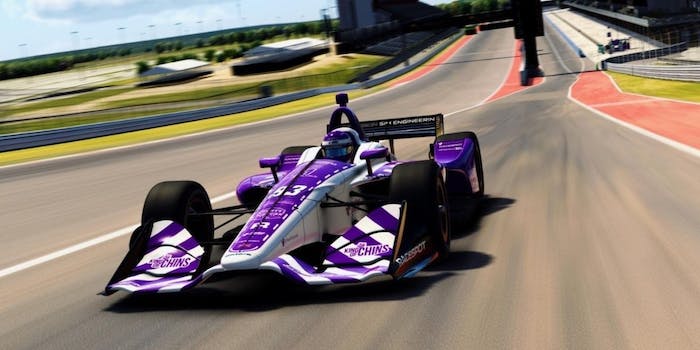 Twitch bans CraigSetupShop, accuses him of being a ‘fraud’ in surprisingly gruff email

How unprofessional was Twitch's message?

A Twitch streamer said the platform banned him for being a fraud, and in response, he showed an email from Twitch support that, at best, was highly unprofessional. Now, the streaming community is upset with Twitch and is showing its support for the streamer.

Craig Williams, who creates vehicle setups for the online racing game iRacer and who streams on the CraigSetupShop Twitch account, wrote on Twitter on Monday that Twitch had punished him.

“Twitch you just banned someone who was using your platform to run a business on the grounds that im a fraud i have 1300 subs and stream once a week,” Williams wrote. “No research was given into what i did, no questions where asked, from my first email you did nothing to help, you just assumed i was being a fraud, 1300 subscribers and 300+ of that number used NONE PRIME accounts.”

1/2 @TwitchSupport @Twitch @AmazonUK @RLewisReports .. Twitch you just banned someone who was using your platform to run a business on the grounds that im a fraud i have 1300 subs and stream once a week, you know one of my sub perks was to @craigsetupshop on @iRacing

Williams also showed the message he received allegedly from Twitch support, sarcastically calling it the “most professional email [I’ve] ever received.”

In the email, Twitch support wrote, “Greetings, we do not pay out fraudulent revenue. That is why you have not been paid out. Do you notice how you have well over a thousand subs, but when you stream, no one talks? Then when your stream is offline you have hundreds of subs?”

2/2 no research was given into what i did, no questions where asked, from my first email you did nothing to help, you just assumed i was being a fraud, 1300 subscribers and 300+ of that number used NONE PRIME accounts. btw, most professional email iv'e ever recieved pic.twitter.com/bwPaNbDJow

Immediately, his supporters were outraged.

@TwitchSupport @TwitchEsports @Twitch Y'all should be embarrassed of the "support" and willingness to work with this guy… My 2nd graders write more professional responses.

This… This is a joke, right? "Do you not notice how you have well over a thousand subs but when you stream no one talks?" Is this a professional response to someone's livelihood being destroyed or someone writing in your chat? I refuse to believe this is for real…

Wow, did a 12 year old write that email?

what a pathetic e-mail.
Thank you for the daily reminder that @Twitch @TwitchSupport is still a godawful company :)

As if often the case in situations like this, people found a way to compare Twitch’s reaction to Williams to its lack of punishment for Alinity Divine, who recently streamed herself throwing her cat but was never suspended by the platform.

@Twitch @TwitchSupport This is the most embarrassing email I've ever read from a company support staff. But I shouldn't be surprised since you give special treatment to women streamers who launch their cat.

Just throw a few cats around you'll get taken care of asap. pic.twitter.com/Xvg9H3RmOk

Later on Monday, Williams shared that Twitch unbanned him but still didn’t give him an explanation for what had happened.

Onto the update, @Twitch have removed the ban from my account but I've received no email. hopefully with all the support from you guys they've got people looking into it and hopefully some news comes my way soon, I cannot thank each and every single one of you enough <3

Twitch did not respond to a Daily Dot request for comment, and the platform doesn’t comment on individual channels anyway. So, Williams might not ever receive an explanation.

But here’s one thought, via the Gamer.

Twitch is apparently on the lookout for fraudulent subscribers on the service. Twitch knows they have a problem: according to Twitchmetrics, seven out of the top 10 fastest growing streamers in July are German female World of Warcraft streamers with obviously fraudulent viewer activity. Like CraigSetupShop, these streamers all have infrequent streaming schedules, tons of offline subs, and almost zero activity in the chat despite growing at a constant rate.

However, unlike CraigSetupShop these streamers are clearly using fake subs, typically purchased by bot accounts using stolen credit cards. Williams on the other hand is running a legitimate, albeit unconventional, business through Twitch.

But like most Twitch channels, Williams isn’t receiving much explanation for Twitch. That, perhaps more than anything else, is the most frustrating part of this entire ordeal.