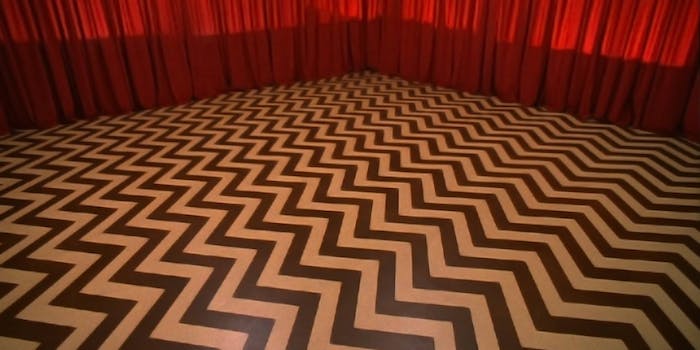 ‘Twin Peaks’ gets its long-awaited third season—sort of

Enter the Lodge picks up on March 25, 1989, and is unfolding in real time over the next several weeks.

Twin Peaks may have been cancelled 23 years ago, but its world lives on in a Twitter fiction community called @EnterTheLodge.

Beginning on March 25, “1989,” this third season of Twin Peaks develops in real time, and tells the story through a series of tweets from the show’s main characters. As the four-week season unfolds, “documents” will be revealed on the Enter the Lodge website, to accompany the characters’ tweets.

The best way to catch up is to use the day-by-day Storify for each episode, which begins with the events of the real Twin Peaks’ second season finale. Apparently Dale Cooper and Annie are about to get engaged, which is fast work for a guy who has only been in town for a few weeks.

Light reflecting off the water’s surface. A cool breeze blowing gently across our faces. The sound of the ducks echoing all around us.

A safe space, away from all our troubles. Just the two of us.

Well, you certainly know your way around a romantic evening, Dale Cooper.

The writers seem to have the characters’ voices down, but we’re wondering how anyone could manage to fish a coherent narrative out of Twin Peaks‘ infamously bizarre series finale. Although to be honest, a Twitter list is probably a lot easier to follow than the plot of the actual show, so this might give fans the closure they’ve been hoping for since 1991.

… Unless Enter the Lodge gets super popular, in which case they’ve already promised to continue with season 4.