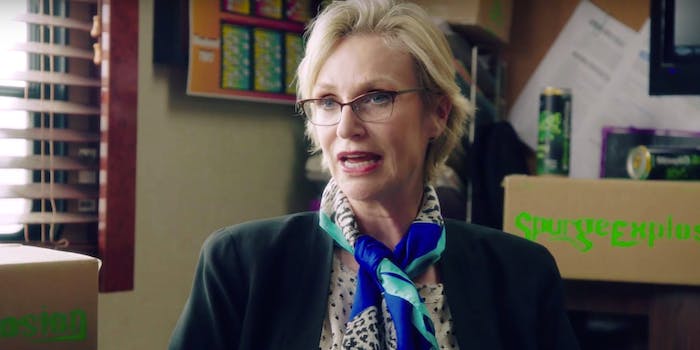 Two episodes of the new Funny or Die/go90 webseries Tween Fest debut today, and you better break out your shame sack.

Creators Bradford Evans and Nick Ciarelli explained the genesis of this modern satire:

We’re fascinated with bad internet personalities, whether they be vacuous social experiment guys, vape tricks artists, or rowdy Australian prank groups. That led us to watching a lot of footage from real-life festivals similar to Tween Fest where the acts are all social media stars, like Digitour, Intour, and especially a discontinued one called Teen Roast that happened in Orange County a couple years ago and had a really insane trailer that’s not online anymore.

There will be vape tricks, and they definitely parody “social experiment” guys and niche YouTube celebs like zit-poppers and Family Guy impersonators. To get you prepped, here’s an exclusive clip from episode 8, in which Jane Lynch pushes a new energy drink/body spray that has definitely not been recalled by the FDA.