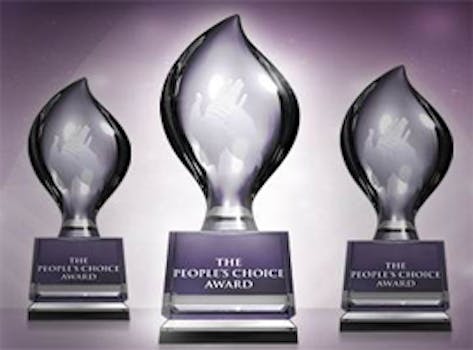 Fandoms get their own categories at the People’s Choice Awards

Did your favorite TV or movie fandom make the list?

There’s something new in the nominations for the 2013 People’s Choice Awards—and we don’t just mean the presence of Dame Maggie Smith.

Though it’s hard to judge how influential a single fandom can be, we’re pretty sure getting your fandom on the ballot in a popularity contest voted on by millions of people annually is a good indicator. Nine million people tuned in to last year’s People’s Choice Awards, and over 230 million votes were cast. Reportedly more than 93 million votes were cast in choosing this year’s nominees alone, with many fans voting more than once for their favorite franchises, actors, and musicians.

So who were the lucky fans whose fandoms could win at this year’s awards?  Take a look:

The nominees for “Favorite Movie Fan Following” are:

And the nominees for “Favorite TV Fan Following” are:

Now for the real question, which we may learn when People’s Choice airs on Wednesday night: Who actually gets the trophy when an entire fandom wins the award?

Photo via TV Over Mind