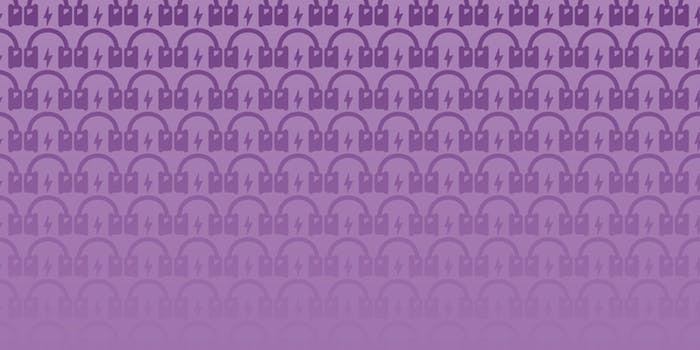 Tumblr on Tuesday announced that it’s joining the livestreaming arms race, teaming up with existing platforms to launch a video feature that can be shared straight to users’ dashboards.

The website partnered with applications YouNow, Kanvas, Upclose, and YouTube to host live feeds. It’s not an original video platform, in other words—more like a Tumblr home base.

Live video on Tumblr. It's definitely not like anything else. https://t.co/JBrLJLB1wd pic.twitter.com/4suGBjzNqi

According to Tumblr Support, livestreaming through all partnered apps is available through iOS and Android, except for YouTube, which will be iOS compatible “in a few days.”

To inform the internet of this new feature, Tumblr put on a live broadcast from Sunnyvale, California, in the most Tumblr-esque of fashions. The debut was teased on the Live Video blog with a full schedule of events and a series of GIFs hinting at what viewers could expect for the websites’ new announcement.

Following the broadcast, Tumblr tweeted updates from its first-ever livestream:

At 4:00pm ET, Tumblr began the live broadcast with opening words from a staged surface of Mars, later followed by an appearance from Tumblr celebrities like Things Organized Neatly. The live entertainment ensued with a Q&A from artist Adam J. Kurtz in a banana room, and a basketball lesson from a Harlem Globetrotter.

And now, we come to closing remarks. It has been a wonderful #tumblrpowerhour. https://t.co/LbEOIgYSZW pic.twitter.com/qmkr5ETgqm

To enable Tumblr sharing users create an account with a partnered app and connect it with their personal Tumblr account in the app’s settings. After granting access to the phone’s camera and microphone, livestreaming is just a click away.

Even though Tumblr doesn’t actually host the content, the feature acts like its social network rivals. Like Facebook Live, users will be able to tune in and replay videos that have been posted or reblogged.

One of the most convenient add-ons, Tumblr will send a push notification to notify users when people they follow “go live” and will move the post to the top of the users’ dashboard. For users with multiple Tumblr accounts, the option to choose where to post is available.

Tumblr posted that by the end of the day users will be able to start their livestreaming adventures, and that it trusts people to be “beautiful, weird, compelling, and just generally Tumblr about this whole thing.”

This will be fun.