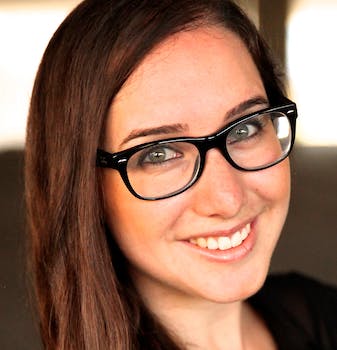 Single-serving Tumblr Hollywood Assistants is the latest to make the jump from laptop to TV.

The blog, which features short, capitalized sentences about the life of a Hollywood assistant and a funny animated reaction GIF, has been sold to CBS as a sitcom.

One of the most popular posts on the blog this month is indicative of its typical fare: “WHEN IT TAKES ME A HALF-HOUR TO DECIDE IF I WANT TO END MY EMAIL WITH ‘THANKS’ OR ‘BEST’,” and featuring a GIF of actress Jennifer Aniston doing her best “Thinker” pose.

Creator Sarah Bachelis will serve as supervising producer and writer while Fred Savage, who has worked on shows like It’s Always Sunny in Philadelphia, will direct, Deadline reported.

“Bachelis launched the Hollywood Assistants blog in May, while working as an assistant at CAA [Creative Artists Agency] where she spent nearly a year before landing a job as assistant to New Girl creator/executive producer Liz Meriweather,” Deadline added. “Bachelis worked on the show for a couple of months, leaving on Aug. 3. The following week, she landed a blind script deal at CBS Studios.”

Bachelis’ show is just the latest in a growing trend of Tumblr blogs and artists who have turned their blogging habits into real world success. Artist Gemma Correll and writers Jason Oberholtzer and Cody Westphal of I Love Charts have bolstered their Tumblr blogs into careers as book writers.