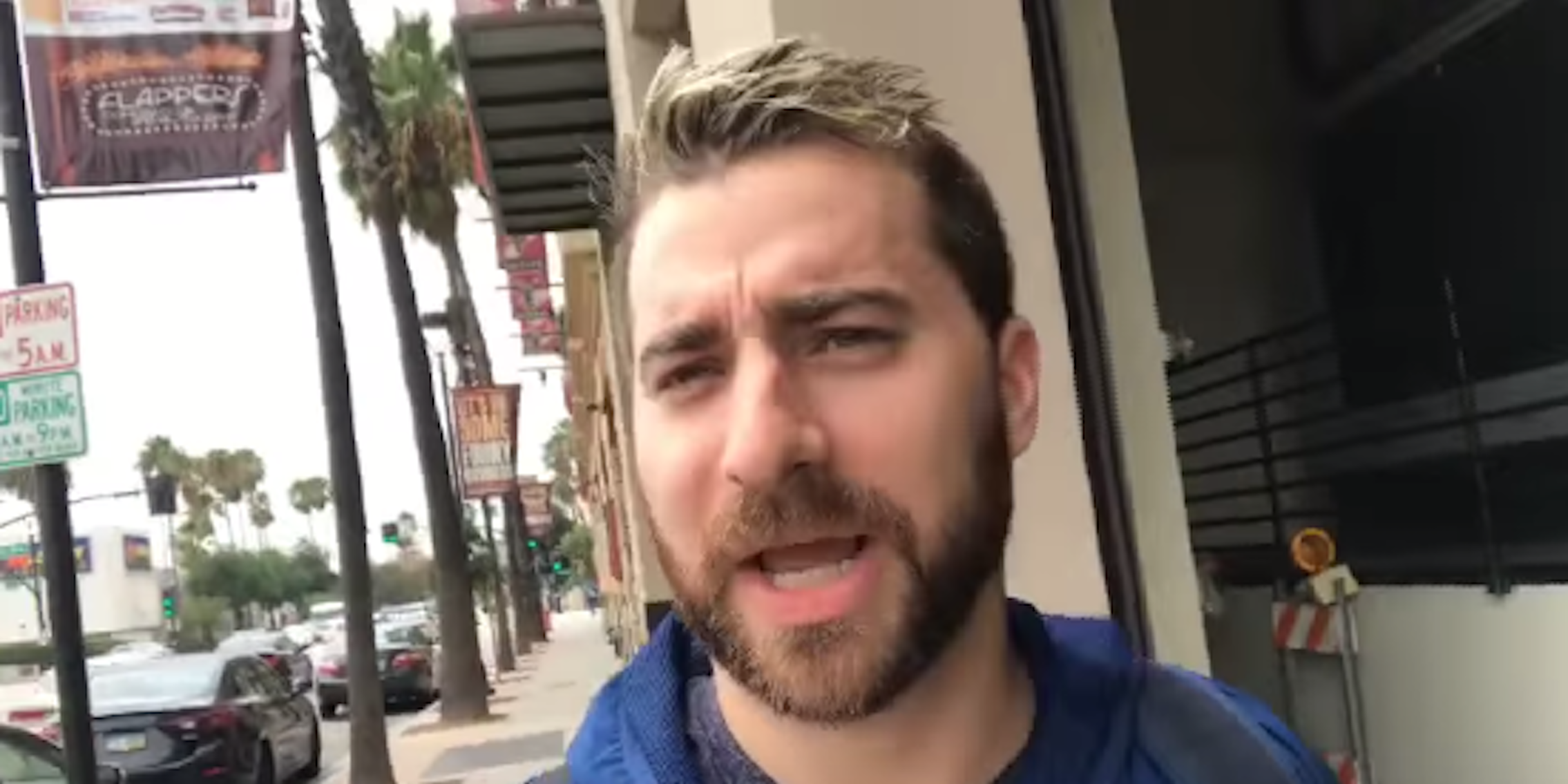 The prominent troll did not miss the white supremacist soirée.

Lost in the shuffle of the chaotic, violent, and tragic events in Charlottesville, Virginia, on Saturday was the fact that a prominent pro-Trump troll, who’s been publicly sympathized with by no less than Fox News host Tucker Carlson, was among the white supremacist and neo-Nazi protesters. The man in question goes by the name “Baked Alaska,” although his real name is Tim Gionet.

Gionet previously worked for BuzzFeed, And yet, after racking up a string of associations that have placed him firmly in the alt-right camp―including Milo Yiannopoulos, Chuck Johnson, and Mike Cernovich, the former two both having been permanently banned from Twitter―Saturday saw him joining the ranks of overt white supremacists and neo-Nazis at the so-called “Unite the Right” rally in Charlottesville.

One day after being booted out of an Uber for allegedly making racist remarks, Gionet turned up in Charlottesville, notably getting sprayed in the face with mace while bringing his far-right troll act to the racist event.

Gionet’s appearance at the march―or is it Mr. Alaska?―is a difficult image for anyone portraying him as a harmless or tongue-in-cheek comic. The rally featured swastikas and the screaming of anti-gay slurs. That’s without even addressing the horrific incident that took place in the afternoon, when 32-year-old Heather Heyer was killed by a driver who slammed his car into a crowd of anti-racist demonstrators, killing her and injuring 19 others.

Gionet wasn’t the only right-wing social media personality to draw criticism in the aftermath of the rally, although he, at least, was definitely there.

Another pro-Trump YouTube personality who goes by the name Joey Salads was accused of attending the march wearing a Nazi armband, although he responded with a testy denial on Saturday evening.

I AM NOT A NAZI
HERE IS MY RESPONSE TO THE FAKE NEWS
PLEASE SHAREhttps://t.co/djD7e1tm0g pic.twitter.com/1VAslUXX1w

Salads says he’s in Jamaica, and that the image being passed around was from a stunt he pulled at a Trump rally months ago. In the stunt, he blames the “mainstream media” for portraying Trump supporters as Nazis, and so he dresses up as a Nazi at a Trump rally to prove that Trump supporters are not receptive to swastikas. Salads has more than 1.7 million subscribers on YouTube.