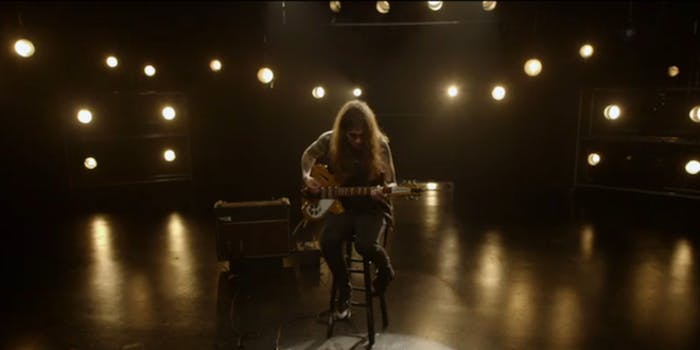 Against Me! frontwoman explores the transgender community in ‘True Trans’

Although punk band Against Me! recently released the album Transgender Dysphoria Blues, in the new AOL webseries True Trans, frontwoman Laura Jane Grace reveals that every album the band has created features songs about her experience.

“Literally every single Against Me! record has songs that was me dealing with my dysphoria,” Grace said. “And at first, I really masked the lyrics and it wasn’t very direct. And then it almost became my subconscious pushing me forward to deal with it. And I didn’t intend to necessarily out myself, but it was just happening.”

Grace, who came out as transgender in 2012, uses the webseries to both explore the various issues and moments shared across the transgender experience, as well as shed light on her own personal story. While Grace may be the focal point, she’s not the sole subject of the series. She interacts with a variety of other gender-variant people, including luminaries like Our Lady J and Buck Angel. However, Grace’s story is central and illuminates the themes—the fourth episode discusses suicide and depression among transgender individuals.

“The statistic is that 41 percent of trans people attempt suicide in their life, and I’m part of that statistic,” Grace explained in the episode.

The first four episodes are streaming now, with more to come from AOL Originals in the 10-part series.