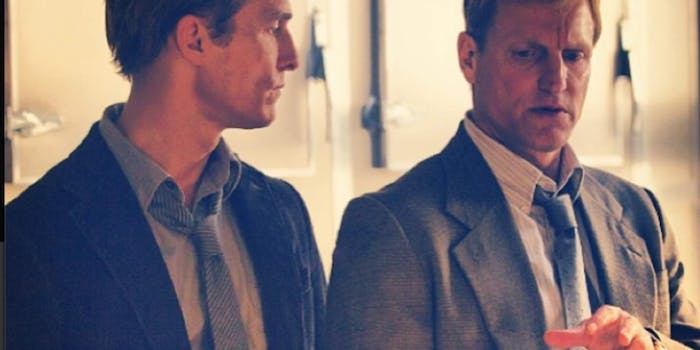 If you can't say something nice...

Ever had one of those conversations that screeches to a halt after a fateful, cutting comment? Because HBO’s True Detective is full of them. Matthew McConaughey and Woody Harrelson flip the odd-couple-buddy-cop routine on its head by continuing to openly despise one another, and the latter’s attempts at small talk are always purposefully derailed by McConaughey’s portentous, Cormac McCarthy–like pronouncements on the accident of human civilization.

Heavy stuff, to be sure—so it’s nice that writer Bobby Finger has adapted the show’s hard-boiled philosophy into a three-panel Tumblr meme. Somewhat along the lines of the Inception-inspired image macros that used a squinting Leonardo DiCaprio as their punchline, True Detective Conversations always open with a Harrelson question, followed by a deadpan McConaughey reply, and wrap up with Harrelson looking distraught at the answer. 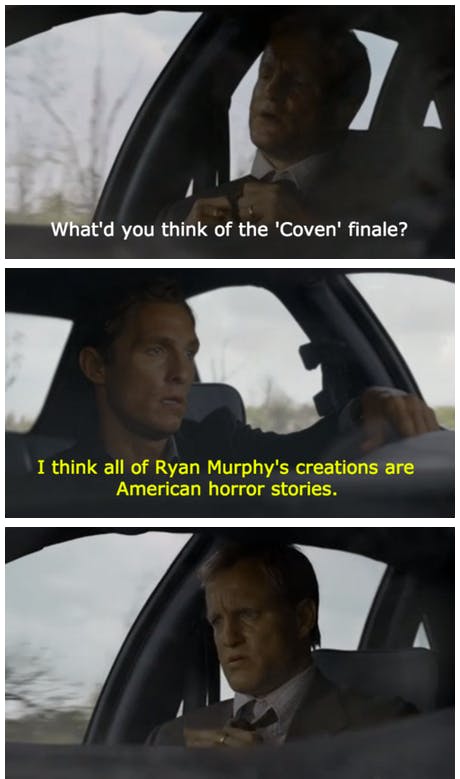 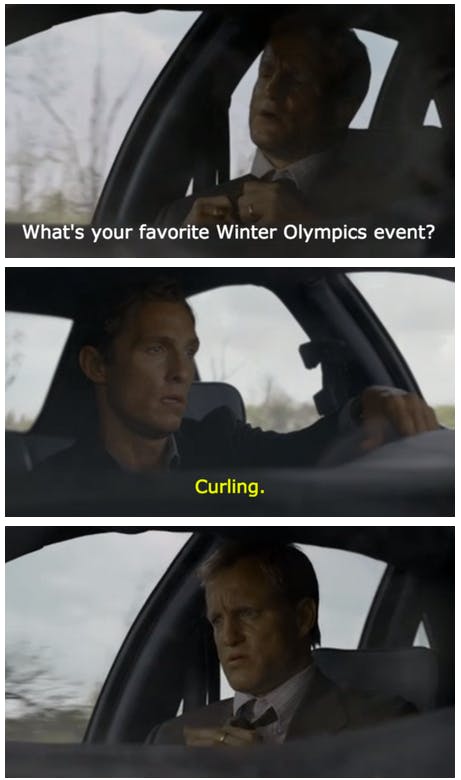 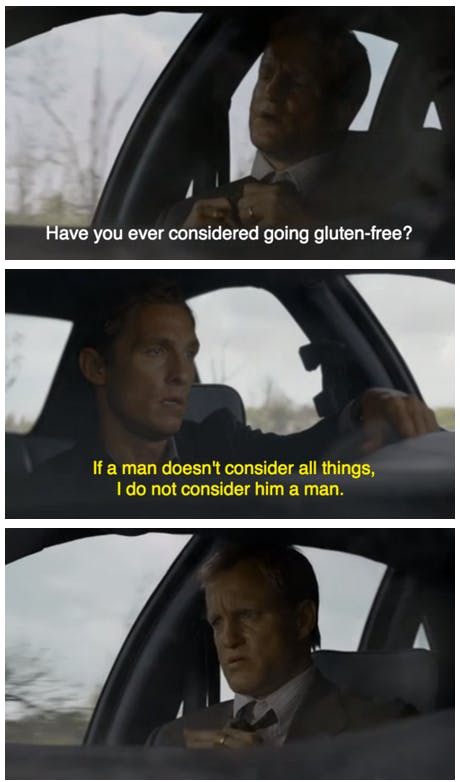 “I got the idea during the third episode,” Finger said. “Woody asks Matthew something like, ‘Do you think a man can be in love with two women at once?’ And Matthew responds with, ‘I don’t think a man can love.’ I was just thinking, come on Woody. You’ve spent three episodes being irritated by Matthew’s meandering, existential rants and should know better than to talk to him about anything other than work.”

Despite this mild narrative critique, he’s totally hooked on the show: “It’s beautiful and creepy and I would like to know who done it.”