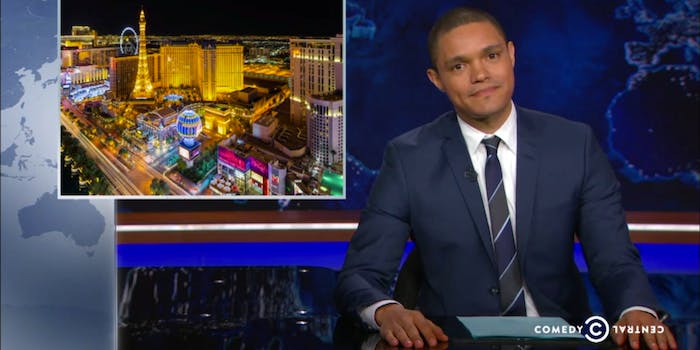 Sin City can only offer so many puns.

The city that never sleeps hosted the Democratic debate Tuesday night, but the politicians weren’t the only ones on fire.

Trevor Noah, for one, had to praise CNN for its coverage—or rather, its highly liberal use of puns during that coverage. It was only a political debate, but if there was an opportunity for the anchors to reference boxing or gambling—two other high stakes in Las Vegas—they did.

Noah was rather impressed—at least until he learned a valuable lesson: nothing is original, especially the puns in a news report.