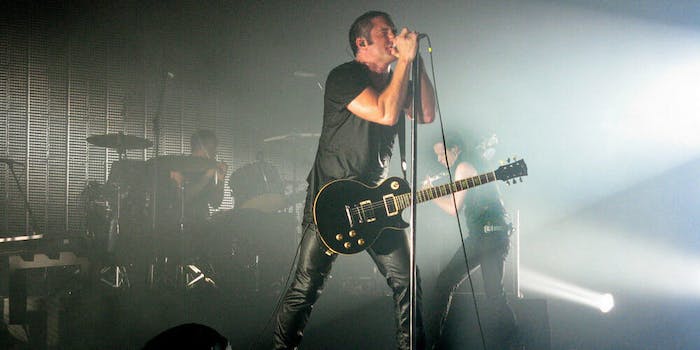 The Nine Inch Nails singer says Trump is ‘everything I hate in people.’

“It’s tough, because the president of the United States is a complete fucking moron,” lamented the Nine Inch Nails frontman, whose band released a new EP, Add Violence, last week.  “That’s what gets me the most—that he’s this vulgar, grotesque dope, everything I hate in people.”

Reznor said he chose his words more carefully when his 6-year-old son caught him binging on cable news and asked his dad, “Donald Trump is a bad guy, isn’t he?”

Maybe Trump will take credit for Reznor’s publicity spike, just like he did with Steven Tyler.