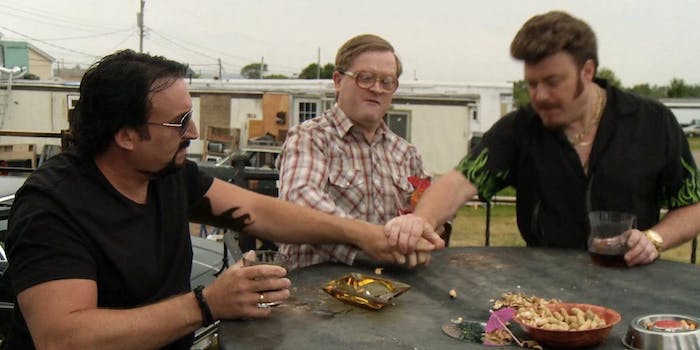 The Canadian mockumentary series returns for a much-anticipated eighth season.

That’s not to say creator Mike Clattenburg’s mockumentary series has taken a seven-year break. The cast and crew behind Trailer Park Boys has steadily released specials and content since their episodic finale in 2007, and the continued interest in the project is what led Netflix to commit to airing the eighth and ninth seasons, along with three specials in the franchise.

The 10 new episodes will showcase the classic Trailer Park Boys style, a mockumentary that follows the adventures of a trio of trailer park residents in Nova Scotia. The Canadian series ran for seven seasons starting in 2001, and the team released three films in addition to the series.

Die-hard fans have been celebrating online as their favorite show returns.

The premiere of the new Trailer Park Boys season is probably the best thing to happen this year.