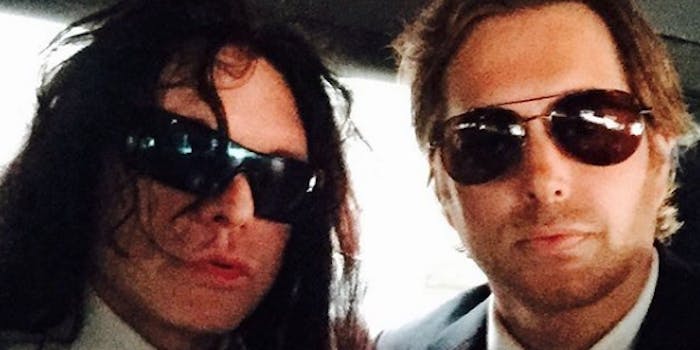 Fourteen years after the release of his movie The Room, Tommy Wiseau went to the Golden Globes Sunday night—and he did it his way.

The actor-director was attending the awards in support of James Franco’s The Disaster Artist, which chronicles the making of Wiseau’s 2003 cult-classic movie. Franco’s project was nominated for best musical or comedy, and Franco ended up taking home a best actor win for his portrayal of Wiseau. But the true victory happened earlier in the evening on the way to the venue.

He picked Sestero up in a black car he’d covered in promotional posters for The Room—you know, to the get the word out: