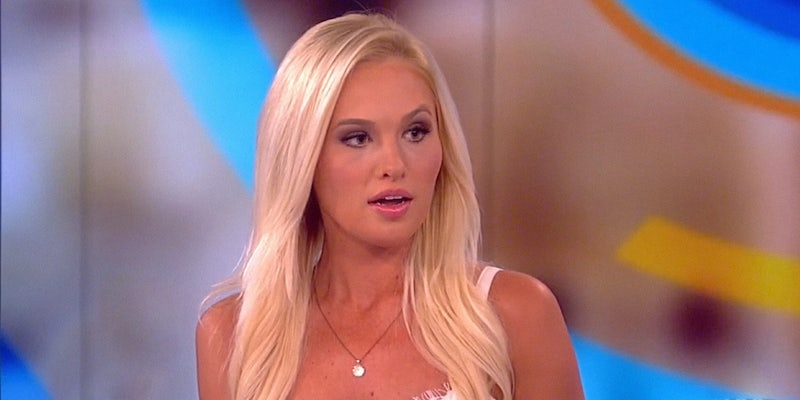 Tomi Lahren, who hates Obamacare, is still on her parents’ insurance plan—thanks to Obamacare

The internet loves the contradiction.

Tomi Lahren said Saturday that she hates Obamacare. The popular conservative commentator thinks the healthcare law should be repealed, and she’s clearly angry that GOP Sen. John McCain cast one of the deciding votes against the effort.

So, there’s no way that Lahren would ever actually take advantage of one of Obamacare’s most popular provisions that allows children up to the age of 26 to stay on their parents’ healthcare plan, right?

During a debate with comedian Chelsea Handler on Saturday at Politicon, this is what Lahren said.

Naturally, Twitter loved the contradiction of Lahren taking advantage of a Democratic program that she rails against whenever she can.

Tomi Lahren is still on her parents healthcare because of her age. *CrowdRoarsinlaughter

In short, Lahren believes Obamacare is terrible for this country. But apparently for her, it’s actually a pretty great perk of the current healthcare system.