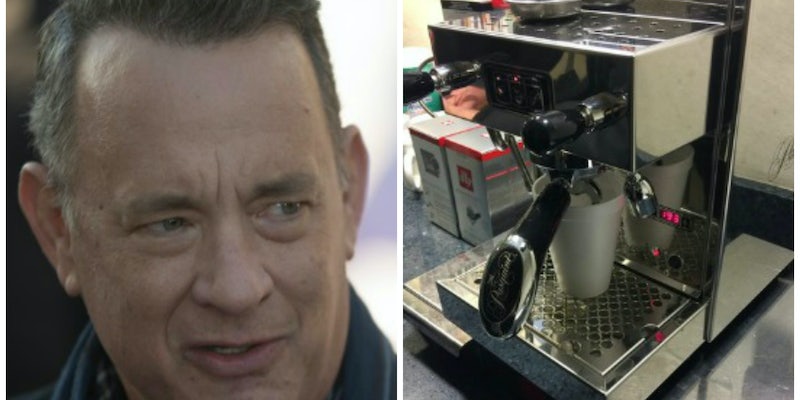 You should see the note Tom Hanks sent with it.

When Tom Hanks isn’t saving his crew from a fiery death in outer space, a plane filled with people about to go for a swim, or a volleyball from starvation, he’s saving the White House press corps from falling asleep on the job.

That’s why he sent a brand new espresso machine: To make sure the reporters keeping President Donald Trump in check are alert.

Here’s a close-up of the note sent by Hanks.

As the Hill points out, this is the third time Hanks has kept the corps caffeinated. He first toured the White House during the George W. Bush administration, and he noticed the press room did not contain a coffee machine. So, he bought one for the scribes. In 2010, he saw the coffee machine hadn’t been maintained to his liking, so he purchased another one, saying, according to ABC News, “You know, you are supposed to clean this after every use.”

Fortunately for the media, they didn’t learn their lesson, and now, Hanks, the true American hero, has had to save the day yet again.