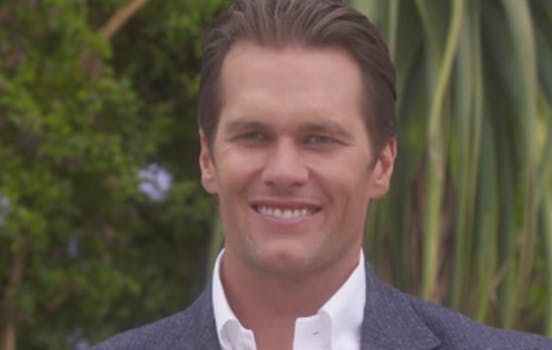 Perhaps a position change may be in order.

New England Patriots quarterback and NFL golden boy Tom Brady made the open-field tackle of the offseason at Fenway Park on Monday.

The Super Bowl LI winner joined a few of his teammates and owner Robert Kraft for pregame festivities ahead of the 2017 Boston Red Sox season opener. When Brady displayed one of his Super Bowl jerseys—which was recently returned after being found in Mexico—tight end Rob Gronkowski snatched the jersey. Brady proceeded to chase Gronk around the infield, until he made the big sack in shallow right field.

Love someone that looks at you the way Tom Brady looks at Gronk pic.twitter.com/mz2Oc3JZUL

Of course, he also threw a beautiful first pitch.

Elsewhere, Gronk turned up Sunday night at Wrestlemania to jump into the ring and rumble. You’ll want to watch that below: