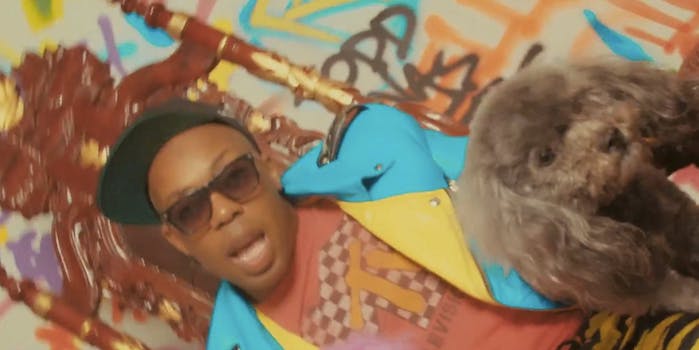 The YouTube music and dance superstar is about to take you behind the scenes.

The great migration from YouTube to TV  continues with Todrick Hall, who will be making his way to MTV in 2015.

Hall is best known for his over-the-top music videos, including work he’s done for Virgin America, as well as his recent Twerk du Soleil dance tour. His MTV show will document the life of a YouTube star, from concepting ideas and working with other creators to the editing process and promotion to his 1.1 million subscribers.

In typical Hall fashion, he announced the new project with a cheeky video that spoofs The Fresh Prince of Bel-Air intro.

MTV has ordered eight episodes of the half-hour-long series, which will premiere in 2015. Hall joins other YouTube-to-TV stars like Epic Meal Time, Bethany Mota, and Grace Helbig as beneficiaries of the mainstream media’s increasing attention to the new landscape of digital empires.