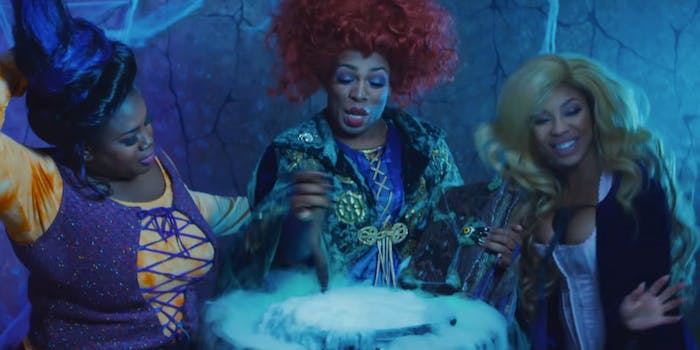 The tale of three broke witches just trying to make it through the holiday.

Just as you’re gearing up for Halloween, Todrick Hall swoops in with a ’90s parody for the occasion.

This time, YouTube’s mashup maestro is tweaking the plot of the much-beloved classic Hocus Pocus. Now it’s Broke-us Pocus, the tale of three broke witches just trying to make it through the holiday.

So for anyone out there still looking for costume idea inspiration, maybe a flicka da wrist over a cauldron while singing his “I Put a Spell on You” remix will help.