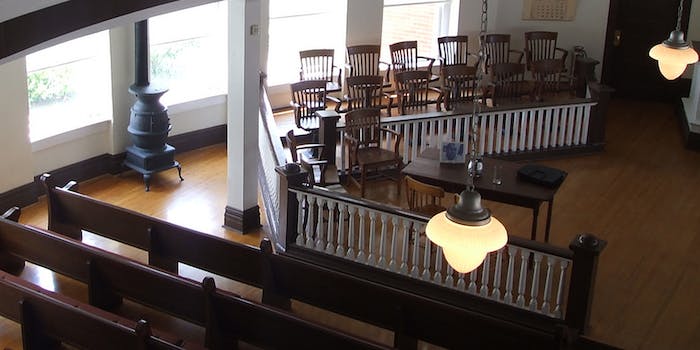 ‘To Kill a Mockingbird’ is finally becoming an ebook

Coming soon to a Kindle near you.

Readers cultivating an electronic library that spans the canon of American prose will soon add a crucial piece to the puzzle: To Kill a Mockingbird is jumping from print to ereader screen, bringing Scout, Jem, Atticus, Tom, and Boo Radley into the 21st century.

Managing a literary estate founded upon a single novel constitutes full-time work for Harper Lee, and the 88-year-old author has been fiercely protective of her 1960 classic about coming of age in a racially charged and unjust society. In 2013, she fought to regain copyright from a group including her former literary agent; just this February, she settled a federal lawsuit with a museum in her Alabama hometown over the unlicensed sale of souvenirs related to her work.

Now, surprisingly, she’s agreed to a deal with HarperCollins Publishers to release both ebook and audiobook editions of Mockingbird—the latter a repackaging of an existing CD version narrated by Sissy Spacek—on July 8.

“[Lee] is giving readers around the world the gift of being able to read or listen to this extraordinary story in all formats,” said Michael Morrison, president and publisher of HarperCollins U.S. General Books Group and Canada, the Associated Press reported. An “enhanced” ebook with unspecified additional material is also on the horizon.

“I’m still old-fashioned. I love dusty old books and libraries,” said Lee, whose birthday coincided with the announcement. “I am amazed and humbled that Mockingbird has survived this long. This is Mockingbird for a new generation.”

Being more interested in traditional publishing, however, Lee may be unaware of some of the darker political implications of digitized text, from censorship (not always well-executed) and piracy to the corporate seizure or deletion of books purchased.

Even with Lee’s concession to the dubious future of reading, a comprehensive Kindle collection of mid-century masterpieces is all but impossible: You still can’t download The Autobiography of Malcolm X, One Hundred Years of Solitude, or The Catcher in the Rye, each title famously well-guarded by various heirs, executors, and lawyers. Still, these are the dwindling exceptions—the last books valuable enough on their own to resist the Amazon money machine.