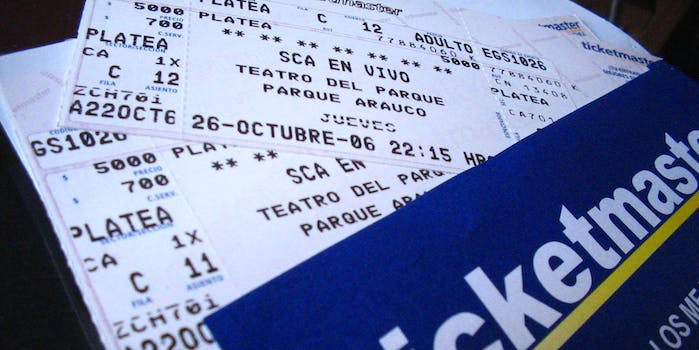 It pays to litigate.

After nearly 13 years since filing, the Schlesinger v. Ticketmaster class action lawsuit has finally been settled and payouts are imminent. The suit alleges that Ticketmaster misrepresented its fees, turning the price of mailing tickets out to customers into a net profit enterprise.

That level of overcharging can only mean a whole lot of payouts for millions of customers, to the tune of $400 million total. On Saturday, vouchers and discounts became formally available online to around 50 million people.

If you’ve purchased tickets to an event between Oct. 21, 1999 and Feb. 27, 2013, weren’t refunded an order processing fee, and live in the United States, (all 50 of ’em) then you’re probably getting a discount code and free tickets.

The company went live with its vouchers on Saturday and a list of approved events to use free tickets on has yet to be made available to the public.

In addition to paying out to the common man, Ticketmaster’s stuck with attorney fees totaling around $15 million. They’re also legally obligated to donate $3 million to the University of California, Irvine School of Law, which will help the college establish a consumer law clinic.