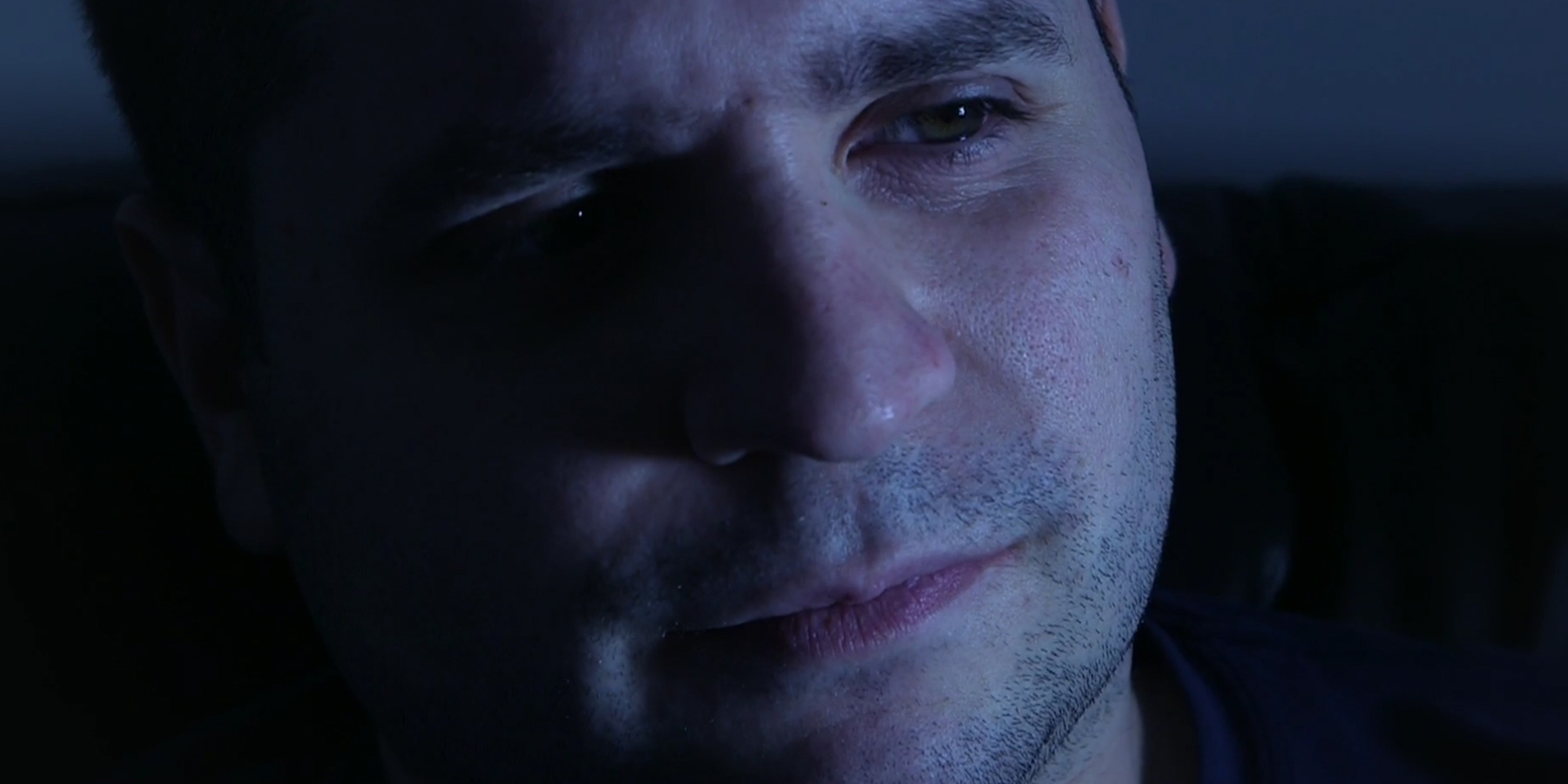 ‘Thought Crimes’ and the blurring of fantasy and reality online

When does a Google search become a crime?

At one point in his life, Gilberto Valle typed “How to chloroform a girl” into a Google search. He also wanted to know where to buy a large baking pan, how to tie a woman to a spit, and sought out the sound a knife makes before carving. We often mindlessly type things into Google in our quest to quell curiosity, loneliness, or a deluge of thoughts. When do those thoughts become crimes?

In the new HBO documentary Thought Crimes: The Case of the Cannibal Cop, filmmaker Erin Lee Carr explores the online life and trial of Valle, a former NYPD cop who was arrested in 2012 and later charged with plotting to kidnap and possibly cook and eat women in chat rooms on sites like Dark Fetish Network. He was dubbed the “Cannibal Cop” by the media, and convicted in 2013 of conspiracy to kidnap and illegal use of an NYPD database. Last year, the conspiracy ruling was overturned by Judge Paul G. Gardephe, reinforcing that Internet fantasies don’t necessarily become reality.

Thought Crimes is the first feature documentary from Carr, the daughter of late New York Times columnist David Carr. In the first few moments, Valle appears on camera, lit in the blue glow of a computer, as his chat logs are superimposed on his face. The text tells a story of his desire to abduct, rape, torture, and cook women. In one interview with Carr, he relates that “the baby’s sleeping, the mom’s sleeping,” and so he was drawn into these hallways. His wife turned him in after finding evidence of his chats and emails, including plots involving her and women she knew.

Much of what Valle wrote could be considered a plot in an extremely deranged novel, and Carr says there was a “scripted element” to his online conversations. “If you looked at all the chats of Gil and the men and women he chatted with, there are incredibly similar themes. It’s about non-consensual cannibalism, it’s about suffering, and it’s about consuming the victim. And it doesn’t deviate that much. Sometimes he would allow someone else to kind of run with their fantasy, but because of the similarities and language, it did seem like a story. Like a really scary, graphic story that I’m not interested in reading, but there were storytelling elements.”

The jury had the unenviable task of trying to prove Valle was going to follow through on his fantasies. He explains in the doc that he’d found acceptance on these sites, that he’s “incapable of violence” in real life. In 21 out of 24 chats, Valle implied it was fantasy; but in three, that line blurred. Valle used NYPD databases to look up personal info on several women mentioned in these chats, and he was allegedly stalking one of the women presented as a victim. His Google searches blurred the line further.

Like most of us, Carr read about the case online. “It was kind of the scariest thing I’d ever heard,” she said. “That a cop was having these thoughts about women, and at the time I was reading about it, it said he was stalking women. So it seemed like the most extreme version of that [idea that] we cannot trust police officers.”

Carr reached out to Valle while he was in prison, first via email. She was then allowed to visit him in prison, but after the third time, she was asked to leave and she’s never been given a reason why. Carr’s careful about stating she’s not speaking for Valle, but from her perspective, she said those first interactions were “fairly uncomfortable, but he was polite. We just kind of talked about life in the prison.”

For all the terrifying images and chats we must process, the doc has its share of black humor. We’re shown chat logs claiming Valle would like to kidnap a woman and “make some bacon strips off of her belly,” then the camera cuts to Valle cooking bacon in his mother’s kitchen. Elsewhere, we’re forced to watch him make the world’s most unappetizing omelet for his mother, and he jokes about how people should be worried that he’s holding a fork around her. You almost have to laugh to get through the dark matter that was being discussed. As comedian Julie Klausner explained in 2014, Valle “was really terrible at two things in his life: being a cop and being a cannibal.”

“The thing with the cannibalism is that it was so scary it was funny,” Carr said. “And because he had not had a real victim, the New York Post could make these puns and jokes. Gil always kind of wanted to be in on the joke. He said to me countless times, ‘I’d so much rather be laughing and having fun with this than be terrified,’ and when we’re together and filming, that was kind of a running theme; he was cooking all the time, and it was sort of funny.”

The relationship with his mother is especially fascinating; she was her son’s most unwavering advocate. In one scene, when a reporter asks her how she’s doing after leaving the courthouse, she defiantly says, “Look at me. I’m strong.”

“I think the Valles are fiercely loyal, and I very much sensed that in Gil Valle’s mother,” Carr said. “There’s some recognition that what he did was really disturbing, but she’ll always love and protect and stand up for her son. In cases like this, even your family sometimes won’t show up for you.”

It’s easy to feel sympathy for Valle, but while Carr interviews several law experts about the legal and moral gray areas of the case, what’s ultimately missing is a psychological profile of Valle. We never get a real sense of why he had these urges—his mother posits that her divorce from Valle’s father might have been a factor—or what his relationships were like before his marriage. (His wife declined to be in the film.) There’s also no mention of what kind of help he might need; rather, we’re told he’s trying to date again.

Carr says that because the case is still being litigated, there’s not much to own up to other than thoughts. And that’s what made Valle’s trial such an interesting one. He had allegedly been in contact with a 58-year-old man named Dale Bolinger, who was found guilty last year of plotting to abduct and eat a 14-year-old girl he’d been chatting with on Dark Fetish Network. Valle’s trial was also an important one, especially in the shadow of recent cases of Internet harassment in which the line between anonymous threats and real-life implications was erased.

“The fact that Gil Valle’s private Google searches were used as evidence to bolster a conspiracy charge I found incredibly troubling,” Carr said. “The question was, is a Google search a thought or an action? And I tend to believe that it’s a thought. We’re trying to figure things out. And I get pretty nervous at the thought that any Google search I’ve put in in my life—and I’m sure it’s been tens of thousands—that it could come back to haunt me if the government doesn’t like something I’m saying or thinking. I think it has real-world implications, and Gil Valle is not alone on [Dark Fetish Network]. There’s 60,000 people.”

His overturned conviction is currently being appealed, but we’re living in a time when law enforcement on the local and state level often doesn’t understand how to investigate or deal with online threats, and harassment on social media platforms like Twitter often goes unchecked. Women are being terrorized online: Are we at a point where a major policy shift needs to occur?

Carr says she does not know if Valle has had success with online dating.