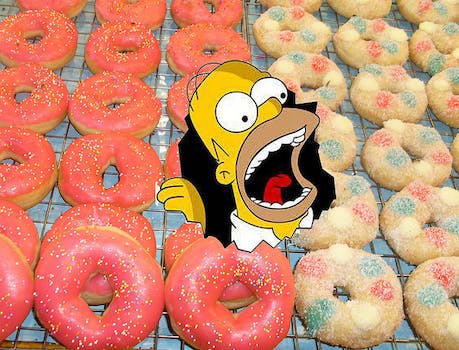 ‘The Simpsons’ gets renewed for another 2 seasons

The long-running animated sitcom just may make it to season 30.

If you needed further confirmation that it’s going to take the death of a principal voice actor to bring The Simpsons to a close, here it is: Fox just renewed the long-running animated sitcom for another two seasons—its 27th and 28th.

Yeah, yeah. We know you superfans think no episode past season 8 is in any way redeemable, but more than 7 million people regularly watch the new stuff across various platforms. You can blame them for the slow death of your televisual nostalgia.

A press release from Fox on the deal quoted Homer Simpson as saying “I’ve outlasted Letterman, Jon Stewart and ‘McDreamy,’ because I have something they don’t: a costly 200-donut-a-day addiction.” Outsourcing animation to South Korea probably doesn’t hurt either, come to think of it.

Anyway, while you wait for more of the show that couldn’t go off the air, you can poke around the Simpsons World app, revisit some stone-cold classic episodes, watch every couch gag played at once, or visit a virtual Springfield in Minecraft. But whatever you do, do not go outside, where there is very little Simpsons content of any kind.

Photo via Joel Ormsby/Flickr (CC BY 2.0)