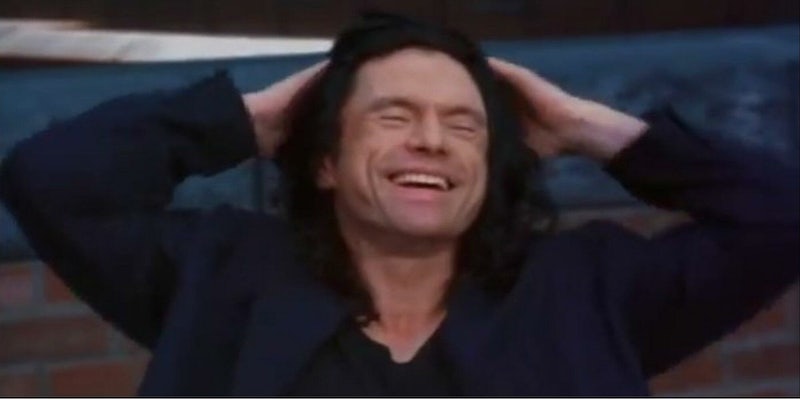 Tommy Wiseau has posted ‘The Room’ in its entirety to YouTube

Yes, this is really happening.

In a move that’s sure to thrill his fans, director Tommy Wiseau has posted the entirety of The Room, his cult classic disaster of a film, to YouTube.

The director published the film on his channel on Friday with a link to his personal PayPal donations page and a link to the film’s official site, with out-of-date ticket offers.

The Room, called “The Citizen Kane of bad movies,” was released in 2003, and it was directed, produced, written by, and starred Tommy Wiseau. Its journey from over-budget romantic drama to cult classic disasterpiece has been chronicled by the James Franco film The Disaster Artist. The Daily Dot also recently spoke with Wiseau and co-actor Greg Sestero, whose book on his work with Wiseau inspired Franco’s film.

The film tells the story of an overwrought love triangle between a banker named Johnny (Wiseau), his fiancee Lisa, and his best friend (Sestero). The film became a bizarre hit due to its comically poor structure, acting, and unresolved subplots. In a video for Vox, The Disaster Artist co-writer Tom Bissell said, “It is like a movie made by an alien who has never seen a movie.”

The duo is currently promoting their new two-part film Best F(r)iends, the black comedy written and produced by Sestero, which stars both actors. The first volume is due out Sept. 25 on digital retailers.

My bet is that Wiseau knows The Room’s viral popularity has run its course, and he wants the film to serve as a promotional tool for Best F(r)iends, which is fair. Either way, the YouTube news has to be welcomed by old fans and new.

Make sure to check out Daily Dot’s profile on both men, who share the lessons they’ve learned through filmmaking and friendship, Wiseau’s turn to strictly acting, and how Wiseau survived an attack from a clown. Honestly, did you expect any less?