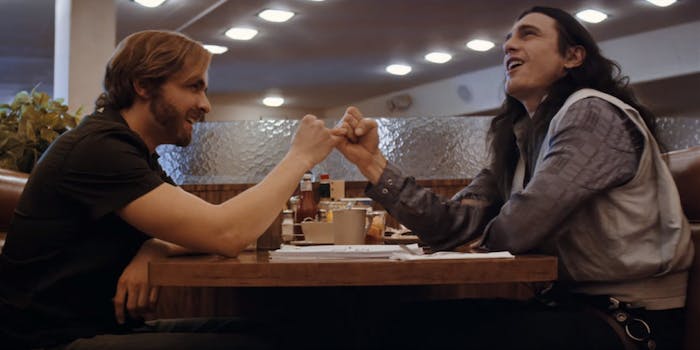 Be prepared for plenty of Franco.

Tommy Wiseau’s The Room is one of those early millennium texts that somehow became timeless. Its bad-good acting and obtuse plotlines found a devoted following online, and now The Disaster Artist takes it apart and puts it back together.

The official trailer for the new film, which stars James Franco as Wiseau’s Johnny and brother Dave Franco as Greg Sestero (Oh, hi Mark), explores the beginning of their friendship and the creation of the 2003 film. The two play football and pinky-swear, and Wiseau pens the script for the film, which posits that Johnny might be a vampire.

A documentary on Wiseau and Sestero is forthcoming.