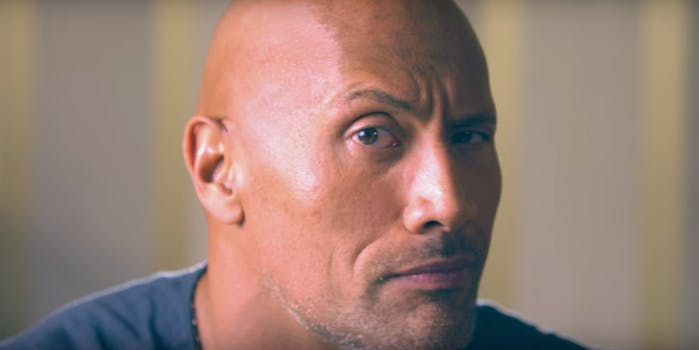 The Rock holds contest for aspiring wrestlers on YouTube

Stay tuned to his channel.

Applications are due by July 13. Judges from within the wrestling community will select 32 contestants to move on to the next round— based on character creation, costuming, and comedy factor. A 32-contestant elimination bracket will then take place on Johnson’s YouTube channel, and contestants chosen to move on will create additional promos in head-to-head matches.

After four rounds, two finalists will compete in front of an as-yet-unnamed wrestling star. The winner will receive the 2016 Rock the Promo Championship Belt and a $2,000 prize. Check out a teaser for the contest on the Rock’s nascent channel—which officially launches July 18—below.

Johnson first announced his YouTube channel, which is being launched alongside multi-channel network Studio71, in May, stating at the time that Seven Bucks Digital Studios would feature “monthly collaborations with top digital native talent as well as an action-filled scripted online series.” (The promo contest also provides a glimpse into the kind of content that may appear). Last month at VidCon, Johnson superfan Lilly Singhunveiled a teaser trailer for the venture, which now counts 160,000 subscribers.