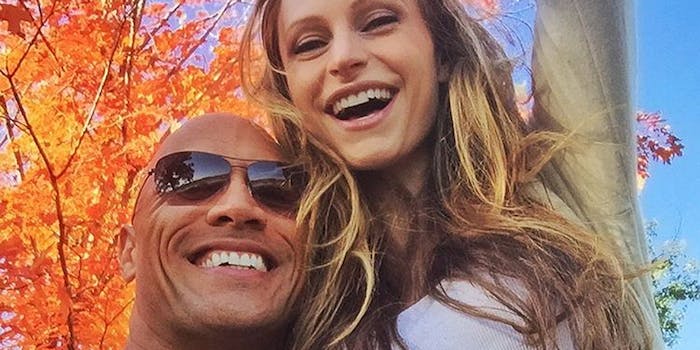 Dwayne Johnson takes to Instagram to introduce a chip off the ol' Rock.

The 43-year-old actor and former wrestler took to Instagram today to announce that his longtime girlfriend, Lauren Hashian, is pregnant with a baby girl.

He has a teenage daughter named Simone from his marriage to Dany Garcia.

The Rock’s inner softie has long made him a fan favorite: In just the last six months, he’s saved a puppy, lip-synced some Taylor Swift, officiated a wedding, and shared a touching story of meeting a fan with cancer. Now, he’s made a stand for “amazing and strong women” of the world.

If his daughter’s lucky, she’ll be a chip off the ol’ Rock.