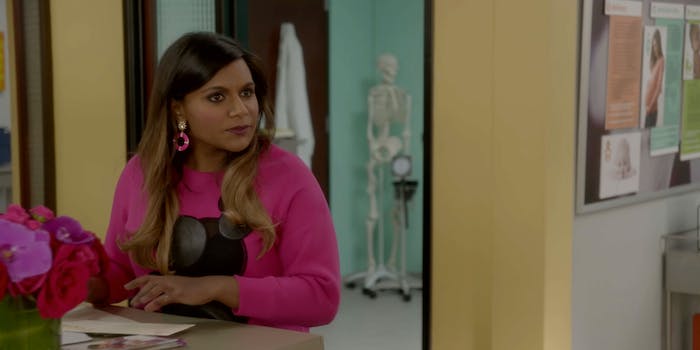 Hulu is giving fans another season of ‘The Mindy Project’

Hulu is sweeping in for the save.

Rejoice, Mindy Project fans! Despite being canceled by Fox after three seasons, the Mindy Kaling comedy series is being resurrected by Hulu. The streaming service signed an agreement with Universal Television, which produces The Mindy Project, and will be giving fans a 26-episode fourth season.

“Mindy has always been a beloved member of the Hulu family and we know her millions of fans will be eager to find out what Mindy still has in store for the next chapter,” Hulu said in a blog post.

The company has not yet set a premiere date for season 4.

Accompanying the announcement is a short celebratory video. The best part: We no longer have to imagine what Mindy’s baby will look like.

Hulu has been busy lately. In addition to picking up the exclusive streaming rights to Seinfeld, Empire, and much of the Cartoon Network lineup in the past few months, it is also creating original content with Freddie Wong and adapting Stephen King’s 11/22/63.

The Mindy Project‘s cast thanked fans for their support and offered teases about the fourth season.

IT'S OFFICIAL! #TheMindyProject season 4 coming soon to @hulu! Thanks everyone for your love and support pic.twitter.com/mVoeO6Pt7P

Thanks @hulu for new #TheMindyProject episodes! Now that we're streaming I promise at some point this season you will see Morgan's wang!

“I am thrilled The Mindy Project has found a new home on Hulu, where so many of our fans are already watching the show,” Kaling said in a statement. “It’s such an exciting place to be.”