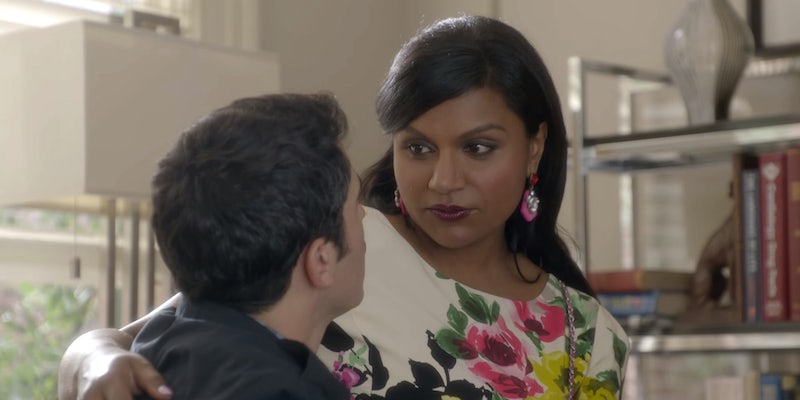 Fox cancels ‘The Mindy Project’, but a major web service might save it

Could the Fox-canceled show return for two more seasons?

The Mindy Project is no more, but the show might already be getting a second life elsewhere.

Fox canceled the Mindy Kaling-helmed OB/GYN comedy on Wednesday after three seasons. Although beloved by fans, The Mindy Project suffered from low ratings. It aired its last episode in March.

Fans planned tweetstorms at the show’s airtime—even during off weeks—to put Fox on notice, and many of them were distraught at Wednesday’s news. Their outrage and messages of love for the cast and crew quickly took over Twitter and Tumblr’s trending topics

i can't believe we live in a world where #TheMindyProject is canceled but american idol isn't.

how could they cancel mindy project?!?!?! if i don't get to see that half indian half italian baby i will actually explode

internet flying at half-mast for #themindyproject. trending on twitter, tumblr.
you know what you did, fox. pic.twitter.com/zCzWgWbdqv

But all hope might not be lost. Entertainment Weekly is reporting that Hulu might already be gearing up to save it. The streaming service is reportedly already in “serious talks” with Universal Television, which produces The Mindy Project, to bring the show back for multiple seasons. Vulture puts that number at two and says that Hulu would likely produce 12- or 13-episode seasons.

The move would be a logical one without too much red tape, given that episodes of The Mindy Project already stream exclusively on Hulu. And this arrangement is far from unprecedented. Netflix resurrected Arrested Development after it had been off the air for nearly a decade and brought back Trailer Park Boys for another season. Although Hulu was an early contender to save Community last year, it was ultimately Yahoo that swooped in for the rescue.

Kaling, who’s currently in Montana, only commented with a wink to the camera—and her followers.

Hey guys, I'm in Montana, is anything happening in LA? #themindyproject