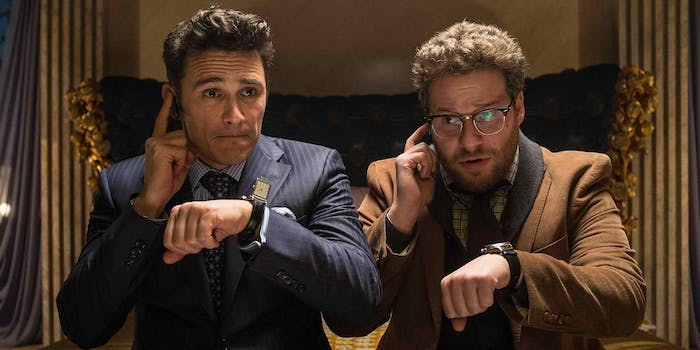 Who’s afraid of the big bad DPRK? Not Larry Flynt.

Even President Obama was disappointed that Sony canceled the film’s release, saying that the company “made a mistake” by caving into pressure from terrorists. In a press conference Friday, the President told reporters he wished that Sony had consulted with him before making the decision to nix the film’s release, saying, “I would have told them, ‘Do not get into a pattern in which you’re intimidated by these kinds of criminal attacks.’”