"We’re gonna tell them what we want them to hear, not what they need to know."

“It’s an open secret that the mainstream media has special access to the halls of power,” National Security Agency (NSA) whistleblower Thomas Drake says in The Hacker Wars, a new documentary from director Vivien Lesnik Weisman.

“There was a phrase I used to hear at the NSA: ‘We’re gonna tell them what we want them to hear, not what they need to know.’ That’s pure manipulation. That is a [psychological operation], that is [information operations]. You’re saying that because you can, you control the narrative.”

One potent solution to this problem is the hacktivist, Internet freedom crusaders, hellbent on liberation through technology.

Enter Jeremy Hammond, the American hacktivist who breached the security of private intelligence contractor Stratfor and released over 5 million internal emails that have helped shed immense light on the opaque and powerful “intelligence-industrial complex.”

When Hammond decided that the mainstream media was at best complacent and impotent and at worst complicit in crimes like those Stratfor is accused of—spying on activists, defaming journalists, building vast surveillance systems in secret, insider trading, government-sanctioned assassinations—he took action into his own hands.

“Even if you want to call them criminals,” Northwestern University professor Peter Ludlow says of hacktivists, “they’re coming up with this information that looks a lot like criminal activity.”

A patchwork of these character’s stories, The Hacker Wars pinpoints the common denominator of the gross power imbalance between individuals and governments and corporations that characterizes cyberspace today.

“If I know every single thing about you, about what you think, how you reason, what your fears are, what your plans are, what you’re doing, and you know nothing about me because I’m shielding my behavior behind a wall of secrecy, I have incredible power over you,”  journalist Glenn Greenwald explains in the film. “The power imbalance between us is now immense because I can now manipulate you, I can threaten you, I can alter your behavior, I can anticipate your behavior, I can always stay many steps ahead of you.”

The protagonists’ stories could each be a film in their own right, so this documentary only begins to scratch the surface on some of the most important issues in these dramas. That’s a problem—but, as far as drama goes, it’s rich ground that makes for a fun watch.

Instead, The Hacker Wars  is an electronica adrenaline rush, a hacktivist pump-up jam music video with the volume turned to 11, distorted for style, featuring the rare unembarrassing Guy Fawkes masks, endless video game sound effects, and a lot of long cigarette drags.

The Hacker Wars’ flashing lights, blaring soundtrack, sarcastic-joke overload might all be too much to be taken very seriously at times, if not for the massive gravity and consequences these stories hold—a characteristic it shares with parts of the hacker culture it covers.

It’s deliberately over the top, but in the current golden age of surveillance, it’s a necessary spotlight shone on a community dedicated to pulling back the curtains on a few of the most powerful forces at play online.

All of the stars of the show are ready made for the spotlight: Auernheimer (weev) is an obnoxious racist, a clever hacker, and an undeniably articulate and bright asshole—a hell of a combination for a movie star.

The documentary sees weev sentenced to jail, convicted under the Computer Fraud and Abuse Act (CFAA) after finding a bug in AT&T’s website that allows him and a friend to gather the identities and other personal information the wireless provider’s iPad subscribers. He was later released due to a technicality about his trial’s location, his charges dropped. 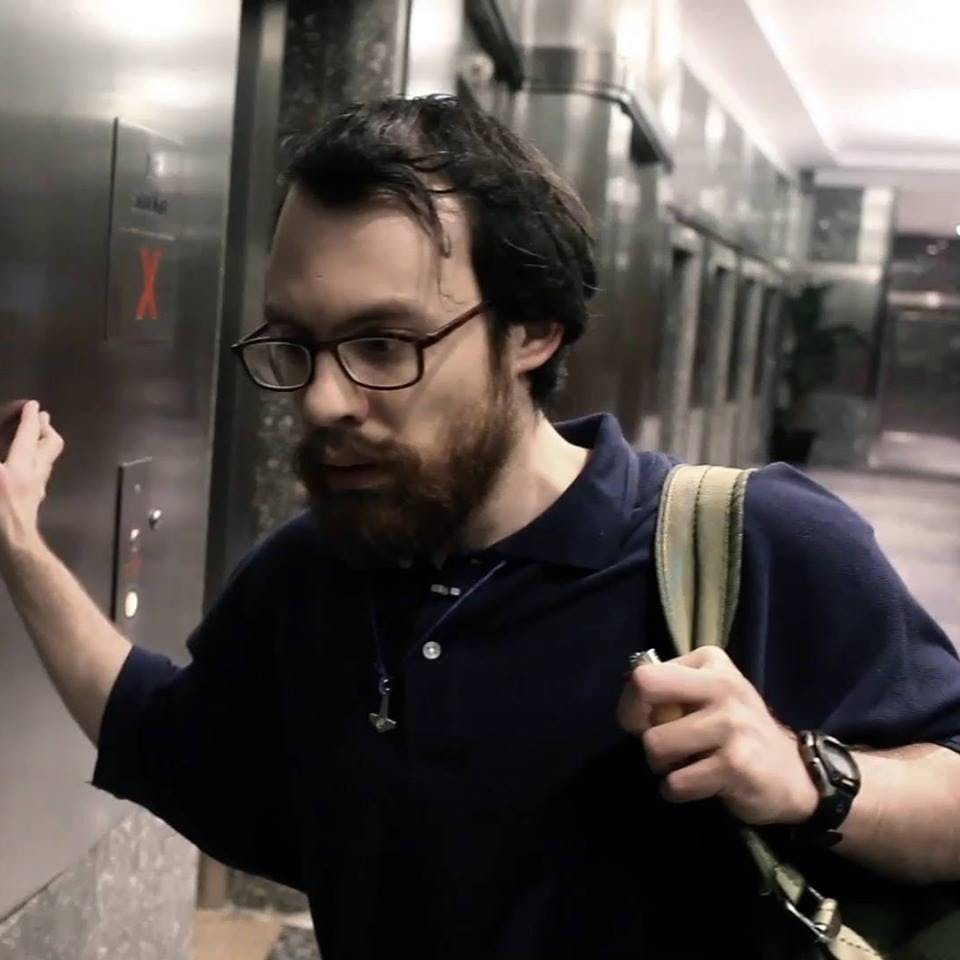 Inexplicably, the film fails to delve into the biggest drama point here: Weev’s case set an important precedent and brought him legions of defenders from the tech world even as he crystallized into one of the most easily dislikable figures online. Many of the people who passionately defended his actions could barely stand the guy.

Weev’s story is surely great drama material but ultimately too much time is wasted on him. The Hacker Wars is far from empty calories, but it leaves me wishing it would do us a service and dive much deeper into what happened in each of these actual cases rather than give weev an inordinate amount of time to defend why he acts like an asshole so often.

Weev talks so much and says so little, sucking away minutes Weisman could have spent diving into the much more important issues of Stratfor, Brown, or even the many aspects of weev’s criminal trial that are far more important than his admittedly sharp personality.

One gets the feeling that because weev is extremely open to interviews—unlike many other hacktivists in the film, he’s not in prison—he got the majority of the camera time by default. That’s a poor way to choose the focus of an important documentary.

Barrett Brown, another focus of the film, is a sharp-tongued “fuck you” journalist with a voice and smoking habit reminiscent of Hunter S. Thompson, matched with the drive, humor, and abilities to place him among reporting’s best.

Brown’s case—which is closely connected with Hammond, who supplied the journalist with hacked emails from the surveillance mercenaries at Stratfor—is given just enough time to drive home the film’s main message, which is laid out explictly by Drake:

“There is a congruence between whistleblowing and hacktivism and hacktivists. The similarity is speaking truth to enough power, revealing the power structure.

“They [the government] want to own you. That’s a power relationship: Superior, inferior.”

“They can watch us through our webcam, they can listen to our phones, there’s no privacy left,” journalist Chris Hedges tells the film’s audience. “We are the most watched, surveilled, monitored, eavesdropped population in the history of the human race.”

This is a highly stylized, high-octane movie about hackers with giant personalities, the kind of movie that will undoubtedly catch the attention of a new generation of Internet natives.

In a larger sense and at its best, however, The Hacker Wars is about a massive power imbalance and those with the ego and ambition to attempt restoring some balance. That’s worth documenting.

Disclosure: An interview with Daily Dot reporter Dell Cameron appears in the film.

Photos via The Hacker Wars