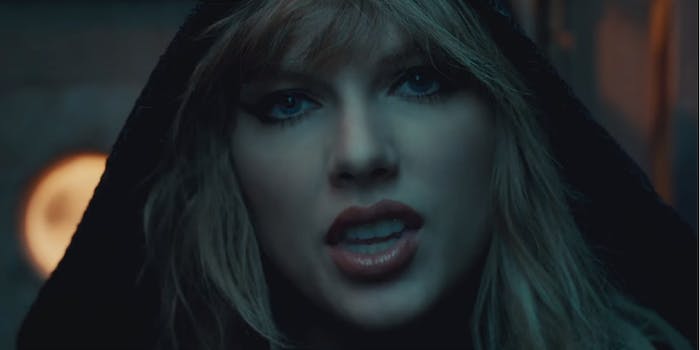 It's the third incident this month.

A 38-year-old Colorado man was arrested outside of Taylor Swift‘s home in Beverly Hills and charged with suspicion of stalking.

Julius Sandrock of Broomfield, Colorado, was arrested and released from custody on Tuesday, after being apprehended outside Swift’s home. He told police he’d driven from Colorado to visit the singer, who was not home at the time. He was allegedly in possession of a knife, an empty gun holster, rope, gloves, and ammunition. Sandrock reportedly told police he is being treated for depression and bipolar disorder, and is on probation in Colorado for “disorderly conduct and discharging a firearm.”

Beverly Hills PD obtained a temporary restraining order against Sandrock that prevents him from possessing firearms.

Swift’s fans were understandably upset about this latest incident. On April 8, 23-year-old Justin Lilly was arrested outside of Swift’s Beverly Hills home after trying to scale a wall. Around the same time, Bruce Rowley was arrested in Connecticut after confessing to robbing a bank, driving to Swift’s home in Rhode Island, and throwing $1,600 over the fence, apparently to impress her.

I'm just glad she wasn't home when this happened. This is getting out of hand https://t.co/1uArC5K80F