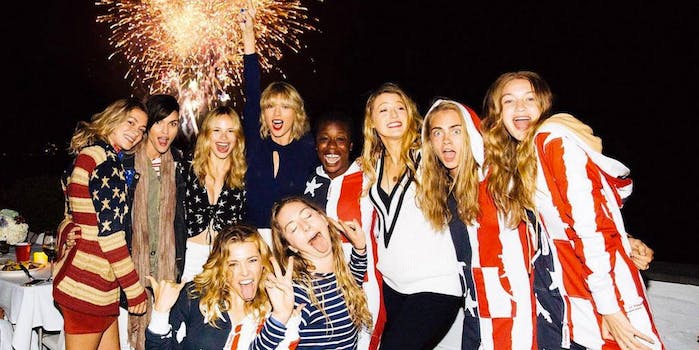 The annual unveiling of the 'Swift Squad' is at hand!

Swift’s infamous 2015 Swan Squad photo containing ex-boyfriend Calvin Harris gave a more comprehensive look at Swift’s massive entourage. However, she deleted the photo (and many others) after her breakup with the Scottish DJ, tagged famous folks and all.

Congratulations, new Swifties. May the odds to make next year’s July 4 party pic be ever in your favor…