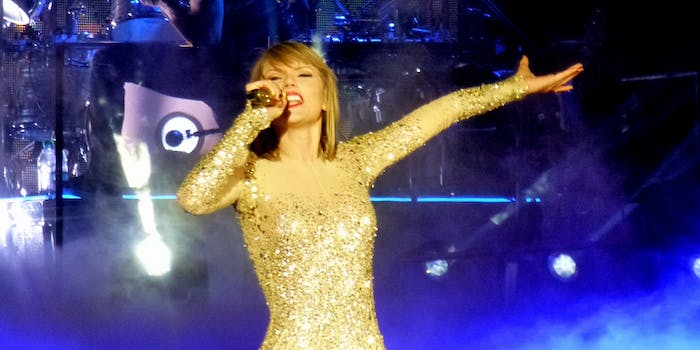 It'll be a win for her fans.

On the heels of getting Apple to pay artists during the service’s three-month free period trial, Taylor Swift is now offering a reward for the fans: She’ll now allow 1989 to stream on Apple Music.

She first started the conversation Sunday with an open letter to Apple calling for it to pay artists, who wouldn’t have gotten compensated for that three-month trial period because although she would’ve been fine without it, other artists—some who were afraid to speak out against Apple—would not. Apple reversed its prior policy that night, with everyone winning but especially the record labels. It also started a conversation about how photographers get paid for shooting concerts after one freelance photographer wrote Swift an open letter about copyright and compensation.

The main question for fans after Apple’s call was, would 1989 be on Apple Music? Swift took all of her music off Spotify and let her earlier discography stream on Tidal and Apple Music previously.

She cleared the speculation up when she announced via Twitter Wednesday that when Apple Music launches on June 30, 1989 will be streaming along with it.

She quickly dispelled the idea that by putting her album on Apple Music meant that it was an exclusive like the launch of the Pharrell Williams’s “Freedom” onto the streaming service. It was just the right move for her.