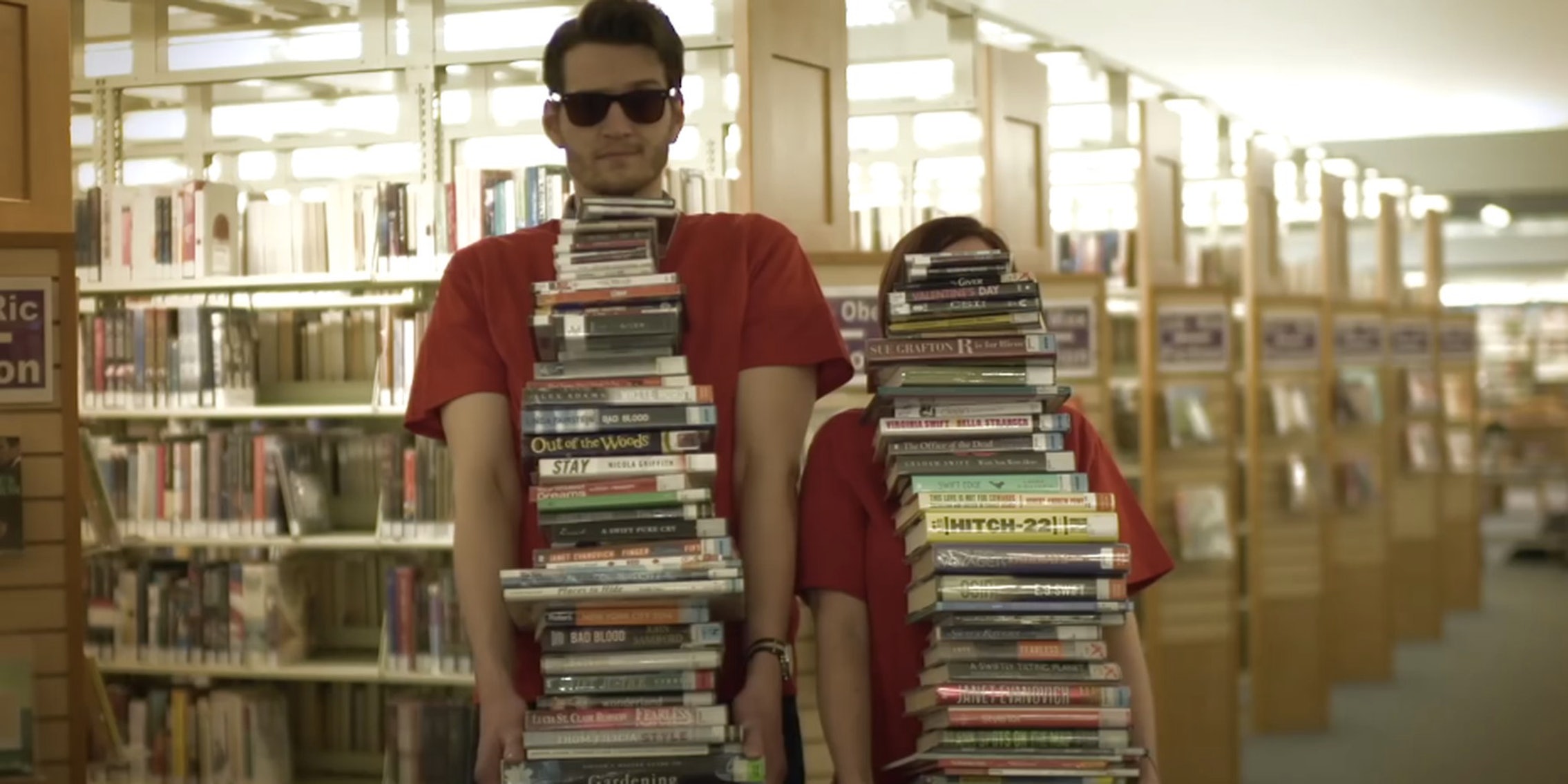 'Check It Out' explains all the benefits of library membership—to one sick beat.

In celebration of National Library Week, the Topeka and Shawnee County Public Library of Kansas produced a perfect Taylor Swift parody, transforming “Shake It Off” into “Check It Out,” an ode to library membership.

A trio of fresh faced 20somethings helm the video, throwing dollar bills to emphasize the cash you save using the library for things like music and movies and highlighting all the benefits to membership. They transform Swift’s tune about ignoring the haters into an uplifting reminder that libraries have everything from space for kids to come and “play play play play play” to “high-def Blu-ray ray ray ray.”

The video ends as all good Swift parodies about libraries should: with a group dance number. Plus, if you watch the video carefully, there are tons of tiny references to Swift and her fans, from a tissue box labeled “Use to prevent teardrops on your guitar” to book and movie titles feature that all double as Swift song titles. The library put all the hidden messages on a BuzzFeed post for the fans.