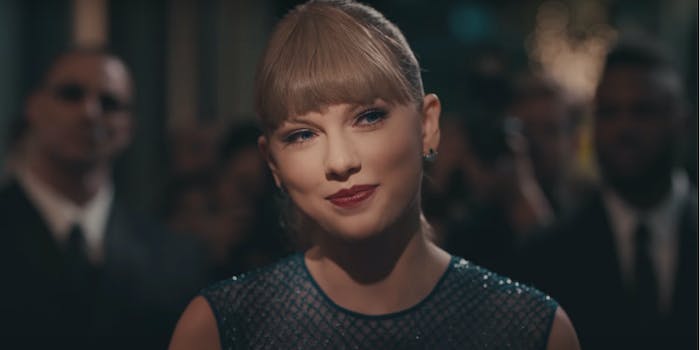 The classic song has been Swifted.

The cover is a Spotify Singles exclusive, paired with an acoustic version of “Delicate,” from last year’s Reputation. Swift made a subtle shift from Apple Music to Spotify, having released a couple of exclusives for the streaming platform this year. She very publicly pulled her catalog from Spotify in 2014 over royalties issues before making nice in 2017.

It’s a country reworking, and people had mixed reactions to the Swiftization of the classic soul song.

taylor swift apologize to the elements

If you were curious to hear what unseasoned boiled chicken breast sounded like in song, take a listen to Taylor Swift cover Earth, Wind & Fire. https://t.co/5x1Ecwc1cw

Swift also apparently changed the opening line, which originally references the 21st of September, to reference the “28th night of September,” which, according to Genius, might be about her boyfriend Joe Alwyn.

Swift’s Reputation tour kicks off May 8.