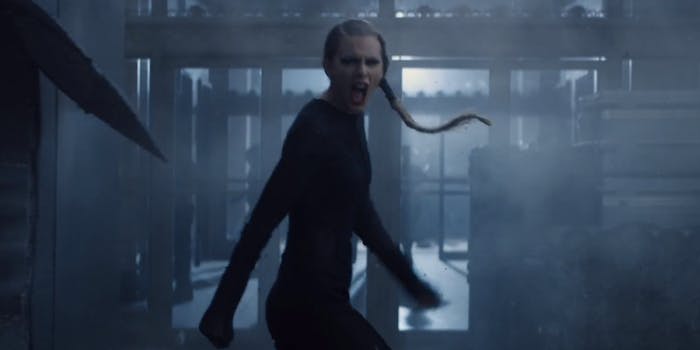 Here’s proof Taylor Swift did her own ‘Bad Blood’ stunts

She doesn't do them perfectly, but that makes her even more lovable.

It should come as no surprise that Taylor Swift wouldn’t let a stunt person have all the fun in her most recent video.

The much-hyped “Bad Blood” video featured an endless list of famous women in full badass regalia, led by Swift, all kicking ass. Swift revealed with an Instagram video that she did her own stunts for the clip.

Of course, in true Swift fashion, she doesn’t share a perfect take. Instead it’s a #StuntFail, where she admits, “Yeah, I forgot to keep running.”

You can see the much better take in the full video, which has already surpassed 29 million views in less than a week online.