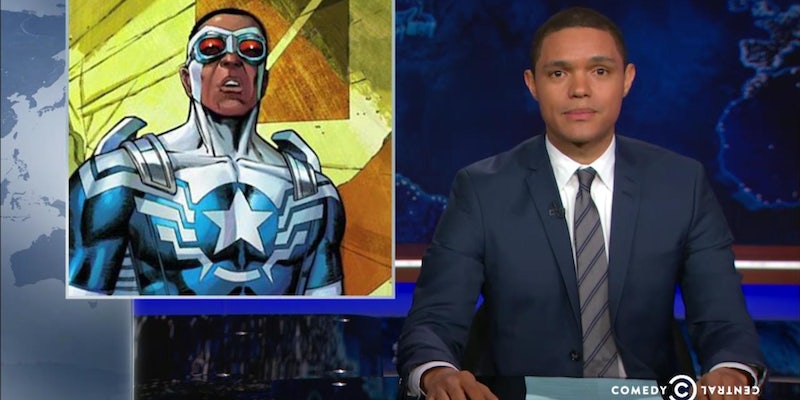 Comic books leap off the page and into the real world.

The two worlds collided twice in the past few days. On Wednesday, Jeb Bush, who must have wondered why he’s even being asked about superheroes, commented on Supergirl’s hotness. And on Fox News, the commentators couldn’t fathom Sam Wilson’s Captain America fighting against a racist villain who hated unlimited illegal immigration. The Fox hosts wanted the politics out of comics; they just wanted good old-fashioned butt-kicking, explosions, and Hitler-punching—which was, of course, completely political back in the day

“It’s ultimately about escapism and fantasy,” Trevor Noah said. “We can’t fly like Superman and Jeb Bush will never have a chance to be rejected by Supergirl.”

But for the rest of the candidates? Next time you’re asked, just stick to Superman.