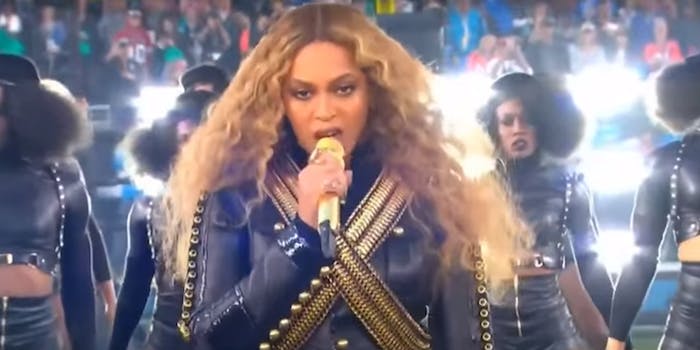 Super Bowl 50: By the numbers

Some of the most talked about #SB50 moments had nothing to do with the game.

Super Bowl 50 was one for the record books on and off the field. Buzz around players, commercials, and a spectacular halftime performance scored high on social media according to data from analytics pros, Spredfast.

What does an event like the Super Bowl mean for Twitter? The hashtag #SB50 alone was tweeted 3.8 million times. Peyton versus Cam? Manning came in at more than 1 million tweets, while Newton closed in at 524,000. Commercials didn’t disappoint either. Esurance, Pepsi, and Doritos were the most tweeted about, with Esurance topping the rest at 1.5 million tweets. Spredfast says this year it also saw the most brand-to-brand interaction among big dogs like Pepsi and Esurance.

.@esurance That #EsuranceSweepstakes could buy you a lotta Pepsi for #PepsiHalftime. #SB50

Instagram wasn’t left out of the equation either. The most tagged accounts included the Denver Broncos, Carolina Panthers, Lady Gaga, the NFL, and Beyoncé—ranked in that order. Although Queen Bey came in last on Instagram, she did get hers the fastest, coming in at 60 tagged pictures per minute.

So who won the Super Bowl? According to numbers on social media: Peyton Manning and Beyoncé.