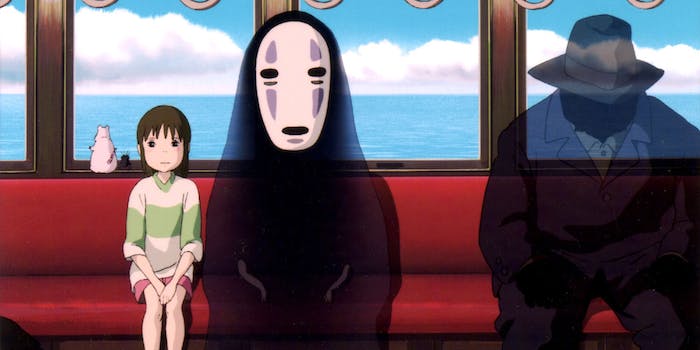 One Tumblr post caused the news to spread around the world.

Anime fans around the world were in a state of panic on Sunday night. Studio Ghibli, creator of beloved films such as Spirited Away and Princess Mononoke, was apparently closing up shop.

This news was shared on Tumblr in the form of a translated interview with Studio Ghibli producer Toshio Suzuki, titled “Studio Ghibli Announces Closure.” This was quickly picked up by various news organizations, including the Telegraph and the Guardian, reporting that the world-renowned studio would stop making films and continue to exist only to manage its old trademarks.

The truth, however, is that something may have been lost in translation. The original Tumblr post only contained screengrabs of Suzuki’s TV interview, with Japanese subtitles, whereas Anime News Network and Kotaku both re-translated the interview quotes. It looks like what Suzuki actually said was that the studio would take a “brief pause” following the retirement of visionary filmmaker Hayao Miyazaki, and that the company would go through some “restructuring” for the new generation.

According to Anime News Network, a more accurate translation would be, “On what to do with Studio Ghibli’s future, it is by no means impossible to keep producing [movies] forever. However, we will take a brief pause to consider where to go from here.”

It’s likely that concerns about Ghibli’s closure were exacerbated by the fact that Miyazaki’s name, philosophy and artistic style are so intrinsically linked with the public image of the studio as a whole. Without him, Ghibli will clearly be different, so it may actually be good news that the studio is being thoughtful about his departure rather than simply carrying on as normal.

So for now, while Ghibli’s future may remain uncertain, this doesn’t necessarily mean that there are no more Ghibli movies coming our way.