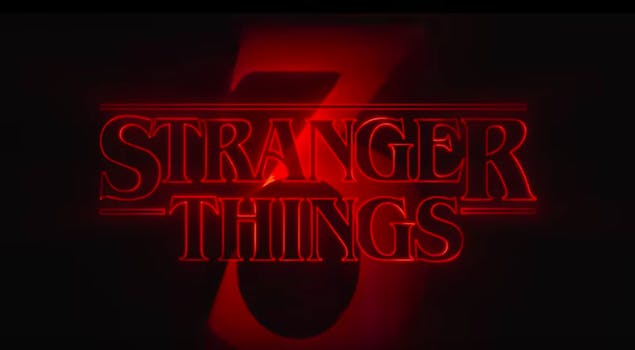 The series debuts next month.

The final trailer for season 3 of Netflix’s hit show Stranger Things has been released, and it appears the show is taking a much darker turn.

“You let us in, and now, you are going to have to let us stay,” a mysterious voice says at the beginning of the trailer.

Set in Hawkins, Indiana, the kids are spending their summer break threatened by old and new enemies. As an evil force descends upon the town, the crew bands together to try and take it down.

The new season will see the original cast members reprise their roles. However, some new faces have been added, including Maya Hawke, who will pose as an employee of an ice cream shop, and Jake Busey, who will play a local reporter.

Of course, the internet was thrilled when the news was announced, especially since it’s been over a year since season 2 first aired.

"one summer can change everything" #StrangerThings pic.twitter.com/sVyf4z5V2H

three years and jancy is still the
badas s couple who will not let anyone drag them, their family and friends down #StrangerThings pic.twitter.com/rRbNXcl7Ta

I LOVE THEM #StrangerThings pic.twitter.com/gt1ZCdrjxg

Stranger Things will premiere on July 4 via Netflix.