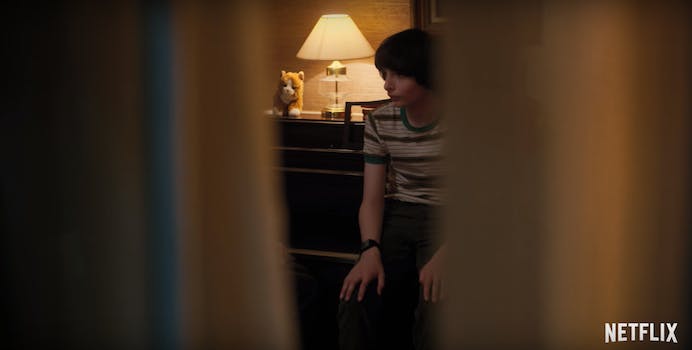 ‘Stranger Things’ season 2 is going to be dark, political, and scarier than ever

A storm is coming.

At the end of season 1, Will Byers has been rescued from the Upside Down and reunited with his family. But there’s one big hint that he might have brought something back with him. And there’s still a big question mark around Eleven’s fate. Season 2 will take place a year later, in the fall of 1984. Some residents of Hawkins, Indiana, know what happened to Will, and some don’t.

We do know this: The breakout Netflix series is already confirmed for season 3, Vulture reported on Aug. 20. Unfortunately for fans, they also said that they don’t plan to go beyond four seasons.

Here’s what you can expect in October when this show streams back into our lives for what will no doubt be a scary-good run of episodes.

On Oct. 23, the series debuted a chilling clip about the search for Eleven. It’s the final teaser we’ll be getting before the premiere.

Entertainment Weekly has revealed some of the plot details for season 2.

In regards to Will and the season 2 trailer, co-creator Matt Duffer says he’s definitely seeing visions from the Upside Down, but it’s not clear if they’re real. He might be experiencing post-traumatic stress disorder. Either way, you can expect more time spent there: “There are new characters, fun, and the Upside Down will be more of a place… you’ll spend more time,” composers Kyle Dixon and Michael Stein said in March at SXSW.

Sheriff Hopper (David Harbour) will have a bigger role in season 2. He told EW that he’s trying to keep the incidents of season 1 secret and “struggling with the compromise that takes him to, having to lie and cover things up.” In the season 2 trailer, we see a quick shot of Hopper possibly covering something up.

“I can just say that it’s bigger, and yet it still maintains that same intimacy of story,” Harbour recently told Bustle. “And it’s really exciting. Like, I didn’t think we’d be able to top season 1, and when I read the first script of season 2, I was like, wow—we got an opportunity here. So if we don’t fuck up our end of the equation, it’ll be great.”

New characters Billy and Max will add to the plot as well. Sister Max becomes friends with the boys and Lucas and Dustin develop crushes. But brother Billy isn’t as friendly. Duffer hints: “Stephen King always has really great human villains. The evil in the real world is often as bad or worse than the supernatural evil, so we wanted to introduce a character like that.”

And Dustin will get a pet: a pollywog. That’s also the title of episode 6, which comes after “The Storm.” Gaten Matarazzo, who plays Dustin, says it’s “obviously not from this planet or this dimension.”

The Duffers added that this season will explore “different kinds of horror.”

Entertainment Weekly published an exclusive look at the cast of Stranger Things season 2 on Feb. 8, and one big thing stands out from the cover: Eleven has hair now and is very much alive. Series co-creator Matt Duffer assures fans “Eleven is back and she’s a major part of the season.”

Executive producer Shawn Levy also confirmed to Variety that Barb is definitely dead but the “search for justice” continues in season 2.

Worried that season 2 might not be as scary? Worry not. In an interview with Emmy Magazine, cast member Finn Wolfhard said the upcoming season “will be a lot more dark. A lot more horror-oriented. I think people are going to like it better than the first season.”

There will also be more of a focus on characters who didn’t get as much attention last season. Said Matarazzo: “The great thing about this season is you get to see insights into each character on their own. You’re going to see a lot more into the lives of how the characters are coping with what’s been going on…. They’re all very emotionally scarred. They feel alone because their best friend is back and he’s not acting like their best friend anymore. He’s changed.”

The series started production on season 2 in late 2016, and the main cast from season 1 is expected to return. An upside-down cast photo also showed two new faces at a read-through: Sadie Sink and Dacre Montgomery.

A young female character named Max will reportedly be introduced. According to casting intel, her “appearance, behavior, and pursuits seem more typical of boys than of girls in this era.” (The first episode of season 2 is called “Madmax.”) The new season will also introduce Max’s brother, Billy, and an older character named Roman, who “suffered a great loss at an early age and has been seeking revenge ever since.”

Producer Shawn Levy hinted that the show might get more political heading into season 2, which, coincidentally, takes place in 1984.

Creators Ross and Matt Duffer have praised many of the online fan theories and are reportedly keeping track of them for season 2. The biggest theories have focused on what happened to Eleven (Millie Bobby Brown) and Will (Noah Schnapp), and whether Barb (Shannon Purser) is actually dead. David Harbour (Sheriff Hopper) said that the Barb question will be “very much present in the beginning of the season.”

A widely circulated theory claims that Eleven is the Demogorgon.

Netflix released the episode titles for season 2 in late 2016, but co-creator Matt Duffer has warned against reading too much into them. “[W]e wanted to provide some hint of where we were going in season two without giving anything away,” Duffer told the Hollywood Reporter. “I do think some of the titles will change. There were titles we didn’t want to put on there because we felt like it would give too much away.”

On Oct. 16, only 11 days before the season 2 premiere, Millie Bobby Brown (Eleven) appeared in this video to give a sneak peek of a scene from a new episode.

A new teaser trailer debuted during the Super Bowl.

The 36-second trailer had quite a few blink-and-you’ll-miss-it moments.

We see Will Byers under observation somewhere, with what appears to be his mother, on the date Oct. 30, 1984.

Halloween will be a theme: The show is set to return then, and the trailer shows Dustin, Mike, and Lucas dressed as Ghostbusters. (The original was released in the summer of ‘84.)

We get a glimpse of what appear to be Eleven’s eyes (and bloody nose), and hear someone shout her name.

There’s a detailed drawing on a desk of some sort of creature, and then Will sees the same creature in a scene that mirrors one from Close Encounters of the Third Kind. The monster looks a bit different than the Demogorgon of season 1; it looks more like the Thessalhydra referenced in episode 8, suggesting we’ll be dealing with a new threat.

According to Netflix, a storm is coming, and we know episode 5 is titled “The Storm.” Is that what turns the world “upside down”?

On July 23, a new trailer was unveiled at Comic-Con, and it gives us more of a glimpse of what we can expect from season 2.

On Oct. 13 (Friday, the 13th, it should be noted), the final trailer for season 2 was released, only two weeks before the season is set to premiere.

On July 11, Netflix announced season 2 would debut on Oct. 27, and released a new poster.