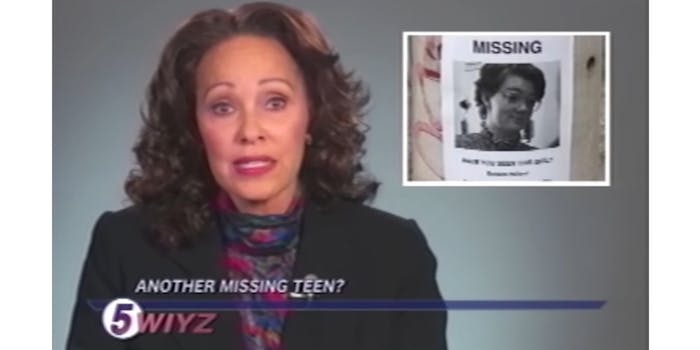 Stranger Things captivated and enchanted audiences, but for all of the questions it eventually answered, it left at least one major one hanging in the open: What happened to Barb?

And while we’re no closer to finding justice for the long-suffering friend of Nancy Wheeler and the show’s surprising fan favorite, who was more or less forgotten after she disappeared into the Upside Down, people other than Nancy are finally starting to notice. Or at least one news anchor in Hawkins, Indiana, is as she devotes part of her newscast to the teenager people assumed just ran away.

The archival newsreel comes from 5 WIYZ courtesy of Netflix, and anchor Brenda Wood is asking the important questions. And are those skips from the tape, or something else?

There’s also an intriguing story about a young female shoplifter with an affinity for Eggo waffles. If you know anything about her, we’d really like to hear it too.