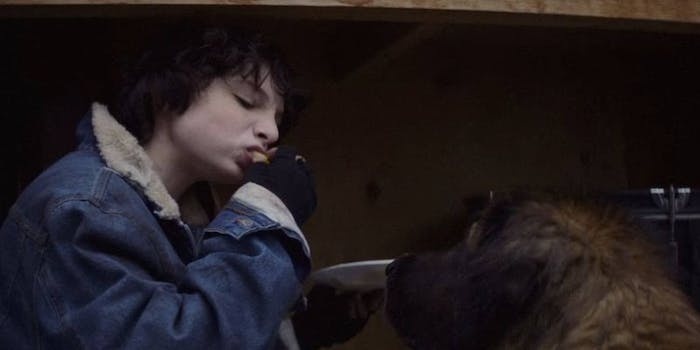 Toronto punk band PUP wrote a therapeutic emo record about growing up and getting through the meatgrinder of life. May’s The Dream Is Over reconciles sobering commitments—and its best song “Sleep In the Heat,” about singer Stefan Babcock’s deceased pet chameleon, is so futile and real that it will get you every time.

Add in a new music video about a faithful old mutt and Finn Wolfhard—known for playing Mike Wheeler on Netflix‘s Stranger Things—and you better grab some tissues.

Directed by Jeremy Schaulin-Rioux, this music video finds Wolfhard playing a tween-age PUP frontman on the road with his broke band. The dog comes along for the ride, there are hi-jinks, and then Wolfhard is forced to pawn his guitar to pay for the dog’s medicine.

If that gesture doesn’t give you the sniffles at the work desktop, the valiant ending will.