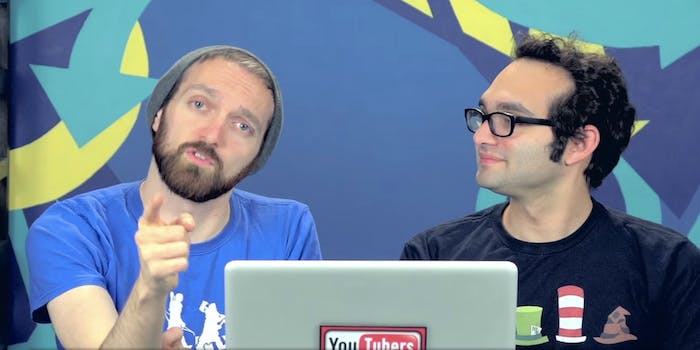 Just a few days after they announced their new React World venture, the Fine Brothers have canceled the program and rescinded all their trademark claims for React.

The Fine Brothers, who have more than 13 million subscribers to their channel, had aimed to institute a new channel that would license their React brand to any interested creators. It’s something they likened to the way television develops shows across countries.

After making their announcement, the Internet fired back, calling into question the Fine Brothers’ intention with the program. They pointed out that they have registered several trademarks across the React brand, including Teens React and Elders React, which commenters felt was in opposition to their claims that they didn’t “own the React genre” as a defense for their move to promote React World licensing. This sparked discussion of trademark law as it relates to YouTube, saw their channels hemorrhage subscribers, and now the Fine Brothers have weighed in by canceling all their trademark claims and the React World program.

“We realize we built a system that could easily be used for wrong,” the Fine Brothers wrote on Medium. “We are fixing that. The reality that trademarks like these could be used to theoretically give companies (including ours) the power to police and control online video is a valid concern, and though we can assert our intentions are pure, there’s no way to prove them.”

They emphasized that the paperwork has been filed to cancel all trademarks, as well as released all past Content ID claims on the YouTube system that pulled down other React content.

“The concerns people have about React World are understandable, and that people see a link between that and our past video takedowns, but those were mistakes from an earlier time,” they wrote. “It makes perfect sense for people to distrust our motives here, but we are confident that our actions will speak louder than these words moving forward.”