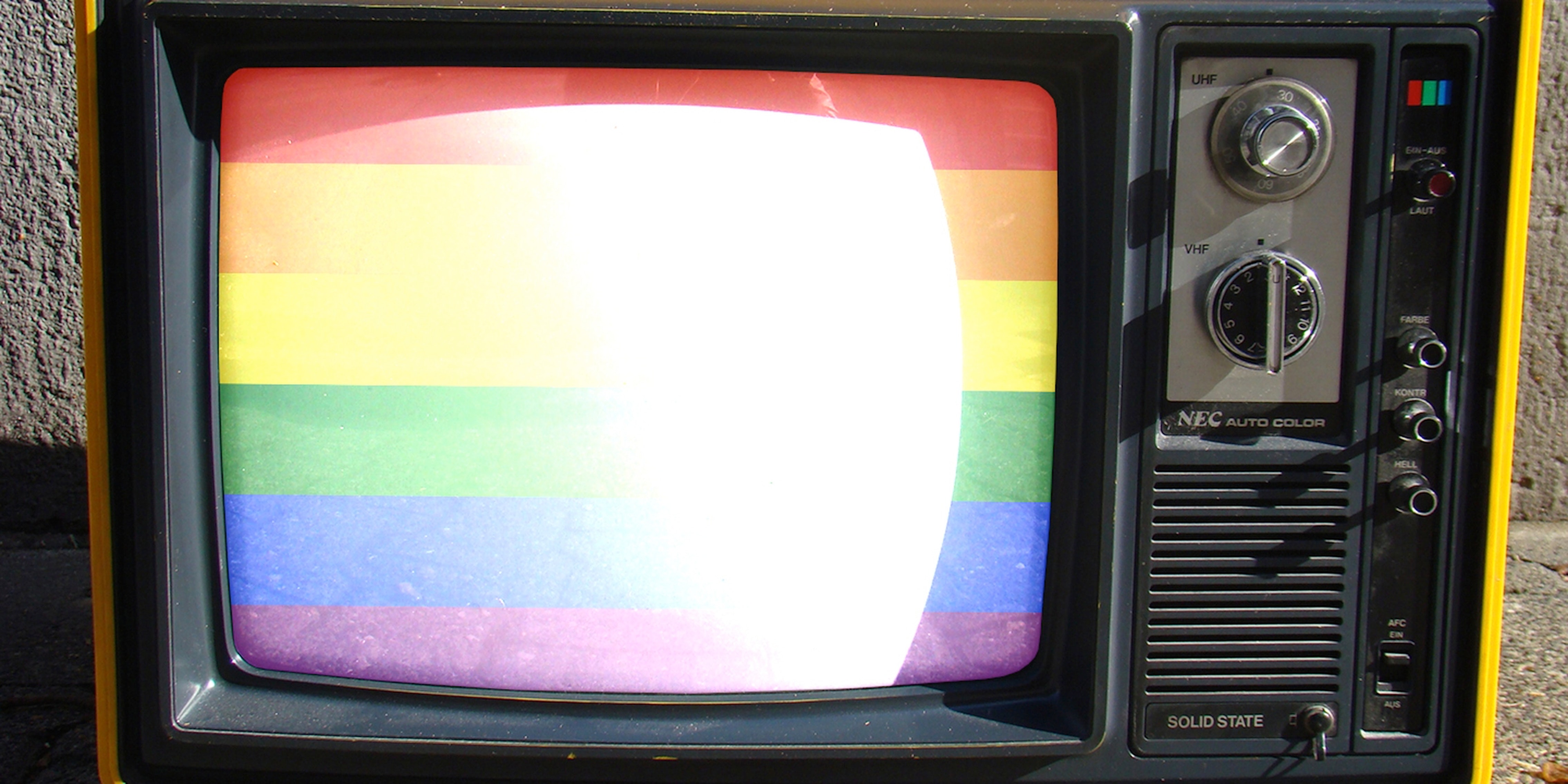 7 films that tell the real story of the Stonewall rebellion

Who needs Hollywood blockbusters when you have the real deal?

When the trailer for the new Hollywood take on the Stonewall riots launched this week, the LGBT community went from excited to angry in a matter of hours.

The film, directed by Roland Emmerich and set to hit theaters Sept. 25, now looks poised to incite riots of its own. A growing movement to boycott the film centers on allegations of whitewashing LGBT history.

The film’s stars are overwhelmingly white, cisgender men, a fact that is offensive to many in the LGBT community who hoped for a biopic that would reflect the real events of Stonewall—a series of protests that are believed to have been launched largely by transgender people of color.

The film centers on a handsome blond boy from a small middle-class town who is shadowed by supporting characters that nod to Stonewall pioneers Marsha P. Johnson and Sylvia Rivera. Stormé DeLarverie, a black butch lesbian drag king who is often referred to as the “Rosa Parks of the gay rights movement,” is essentially remade into a character named Sam, played by a white actress.

Emmerich doesn’t claim that the film is a historical biopic, but he’s made clear it’s intended as fiction.

“We do have some historic characters [in the movie], but the interesting thing about Stonewall is that actually the people we know about that lived during that riot, most of them are dead because they died in the AIDS crisis,” Emmerich told Entertainment Weekly in 2014. “Most of these kids, nobody knows about them much. We only know from witnesses, guys who fought in, in some respect, what is the day of revolution.”

Fiction or not, the Stonewall film gives Hollywood weight to the LGBT rights movement and will likely be accepted as an authentic retelling of historical events by a mainstream viewing audience. That creates a problem for members of the LGBT community who feel that a whitewashed version of a movement sparked by trans people of color is akin to casting a white actor to play Martin Luther King Jr. in a civil rights film.

Can you imagine if they had recast MLK as a white man in "Selma"??? #BoycottStonewallmovie

@Stonewall_Movie Sylvia Rivera & Marsha P Johnson were the STARs of this movement. Not some made up white gay twink. #BoycottStonewallMovie

By Wednesday evening, two petitions were circulating online calling for a mass boycott of the new film. One petition, created by the national GSA Network of student gay-straight alliance clubs, garnered over 8,000 signatures within 23 hours.

Whether or not it’s acceptable to alter a major historical event in its first Hollywood telling is up to individuals to decide. But for those who want to know what really happened at Stonewall, and who the primary leading activists were, we’ve compiled a list of films that you should watch. Together, they provide a comprehensive history of the first days of the LGBT rights movement—a far more authentic history than the one Emmerich is bringing to theaters this year.

This short 25-minute documentary was created by friends of Rivera—using footage collected over several years’ time—upon her death at age 52. “We are the Stonewall girls… we wear our hair in curls, we don’t wear underwear, we show our pubic hair,” recalled Rivera’s close friend Bob Kohler of the line spoken by “street kids”—mostly young transgender people—who formed a front line before the police at Stonewall and did a Rockette-like dance. Rivera’s work with Marsha P. Johnson at STAR House (Street Transvestite Action Revolutionaries) housing homeless trans women, her fierce and vicious response to being refused the right to speak at a 1973 pride march, and her later years living in a gay homeless encampment on the Christopher Street pier are all shown in painful and beautiful interviews.

2) Pay It No Mind: The Life and Times of Marsha P. Johnson

This 2012 full-length feature also revisits the life of a Stonewall mother on her deathbed. Using interviews with Johnson recorded just before her 1992 passing, as well as interviews with those who knew her, a portrait of Johnson as the “Mayor of Christopher Street” becomes clear. According to artist Agosto Machado, those who happened to encounter Johnson in the neighborhood had a “religious experience” with a “patron saint.” A vast collection of historical photos used in the film reveal a 1960s and 1970s West Village gay rights movement largely populated by people of color, transgender women, and lesbians.

3) Stormé: The Lady of the Jewel Box and A Stormé Life

Stormé DeLarverie was a butch lesbian born in New Orleans to a white father and black mother. She joined the Apollo Theater’s Jewel Box Revue—the predecessor to La Cage Aux Folles and famous as one of the world’s most elegant drag shows—as its sole male impersonator. DeLarverie was a regular presence in the West Village gayborhood, where she worked as a tough-as-nails bouncer guarding the door of the city’s two main lesbian bars, Cubby Hole and Henrietta Hudson. Of the Stonewall rebellion, DeLarverie said that she punched a police officer in the face and knocked him out—the famous “first punch” that inspired the LGBT crowd to fight back against the police. Other witnesses remember her being dragged away by an officer and yelling a line that sparked the riots: “Why don’t you guys do something?”

This documentary-in-progress looks back at the life of Miss Major Griffin-Gracy, a 74-year-old activist for transgender rights and social justice who was arrested during the raid on Stonewall. In a 2014 interview with the Bay Area Reporter, Miss Major recalled that Stonewall was one of few safe places for trans women in 1960s New York. “Stonewall provided us transwomen with a nice place for social connection,” Miss Major said. “Then, only some gay bars let us in, others would chase us out. We could go to Stonewall and everything would be fine, we didn’t have to explain ourselves.” She recalled her arrest at Stonewall and said that the arresting officer knocked her unconscious with a blow to the head.

While still in post-production, this biopic about Johnson is already being touted as the anti-Hollywood, indie-darling inverse of Emmerich’s film. Written and directed by Reina Gossett and Sasha Wortzel, the film’s cast and crew are made up primarily of trans people of color. Up-and-coming Tangerine star Mya Taylor is signed on to play Johnson, and the debate around the Emmerich-helmed Stonewall has driven record numbers of donations to the Happy Birthday, Marsha! fundraising campaign.

Presenting Mya Taylor as the legendary Marsha P. Johnson. Excited to share this image shot on location during @hbdmarsha by photographer @nathanfitch! Check out www.happybirthdaymarsha.com for the latest updates on the film! And remember you can donate to the project AND support our fiscal sponsor Women Make Movies by going to www.happybirthdaymarsha.com/donate @womenmakemovies

Because you need to see Guillermo Diaz of Scandal fame in drag. Oh, and because it’s a classic fictionalized narrative take on a real Stonewall memoir, brought to you by lesbian producer Christine Vachon (I Shot Andy Warhol, Boys Don’t Cry) and gay art documentarian Nigel Finch (Louise Bourgeois: No Trespassing). But mostly because you need to see Huck in drag.

7) Before Stonewall and After Stonewall

These two documentaries—produced in 1984 and 1999, respectively—provide an overview of what it was like to be LGBT throughout the 20th century. Using interviews with members of the LGBT community as well as police officers, the filmmakers delve into why the Stonewall rebellion was such a transformative event. Only the trailers are available for free online, but each documentary can be purchased on iTunes, DVD, or rented for $2.99 on YouTube.