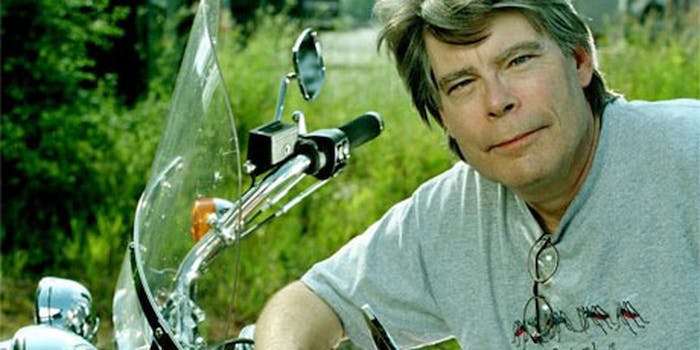 We need to work on your reading comprehension.

When bestseller bar none Stephen King decided to title one of his more recent novels Joyland, it was surely without the intention to harm a lesser-known writer, but thanks to Amazon and some inattentive fans, a book released in 2006 has become the victim of bad buzz.

It turns out that Joyland is also the name of a small press debut novel by Emily Schultz, currently available in Kindle, hardcover, paperback and audio editions. And though it was released seven years ago, all the reviews for it came in the wake of King’s novel, which isn’t yet available as an ebook—meaning anyone who thought they had downloaded it had actually acquired a different Joyland altogether.

“Not up to Steven King standards,” wrote Karen Sabin, who either bought or was critiquing the wrong product. “Boring and boring. No suspense. The characters were interesting, but not exciting. Did not like the ending.” Marcia commented that she has “always loved Stephen King novels. However, this one was a rambling, stream of consciousness mess. I had to go back and read over the last pages again and again to try to understand what was happening. For a person who reads several books a week, this is annoying, to say the least.”

“I will still read his next book, if there is one,” she added.

Then there was jackarms, who had a more technical issue: “The downloaded book is missing. Only the review of the book was included in the download. Please review this problem.” It would seem that here we had three wires crossed, as jackarms had tried to purchase King’s Joyland, instead downloading a $2.99 Kindle review of same (presumably spam designed to capitalize on such ebook confusion), and ultimately posted his review to Schultz’s unrelated page. Good work!

If there’s a silver lining to this mess, it’s probably Sheila E. Peebles, who gave Shultz’s Joyland five stars and remarked that it’s probably “one of the best books written by Stephen King. Not the usual King story but instead a warm wonderful story of a young man crossing into adulthood and the things he learned.” She was, of course, describing Schultz’s novel, unaware that Schultz had written it.

No wonder it wasn’t the usual King story.