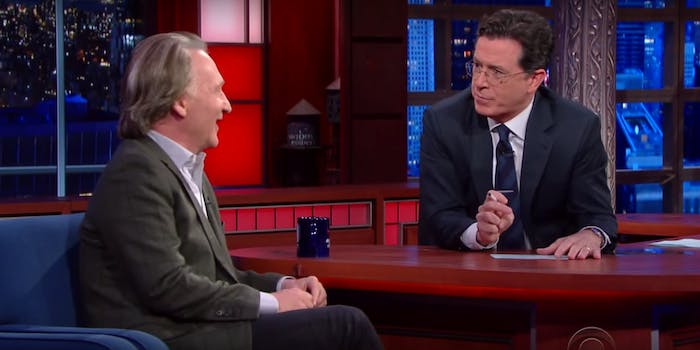 Shockingly enough, Maher didn't seem at all interested in rejoining the Catholic faith.

During a visit to Stephen Colbert‘s show, Bill Maher got to discuss one of his favorite topics: religion.

Colbert is a practicing Catholic, while Maher—who was raised Catholic, but is now an atheist—is known for his vocal distaste for organized religion. When Colbert jokingly invited Maher to rejoin the faith, Maher responded by referring to the Bible as “intellectually embarrassing myths from the bronze age.”

It’s good to see that Bill Maher, as always, is staying on brand.